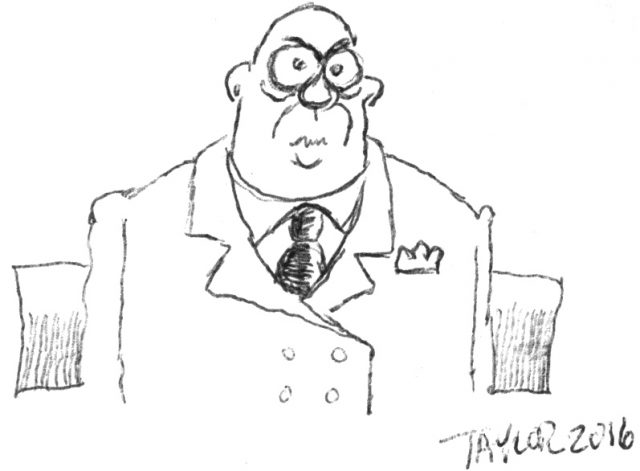 Selling the Trump-Republican tax plan should be awkward for an administration that has made patriotism its central theme.

That’s because patriotism isn’t mostly about saluting the flag and standing during the national anthem.

It’s about taking a fair share of the burden of keeping America going.

But the tax plan gives American corporations a $2 trillion tax break, at a time when they’re enjoying record profits and stashing unprecedented amounts of cash in offshore tax shelters.

And it gives America’s wealthiest citizens trillions more, when the richest 1 percent now hold a record 38.6 percent of the nation’s total wealth, up from 33.7 percent a decade ago.

The reason Republicans give for enacting the plan is “supply-side” trickle-down nonsense. The real reason is payback to the GOP’s mega-donors.

It will also require cuts in government programs that middle and lower-income Americans depend on, such as Medicare and Medicaid.

And the plan will almost certainly explode the national debt, eventually causing many middle class and poor families to pay higher interest on their auto loans, mortgages, and credit cards.

A few Republicans are starting to admit this. Last week, Gary Cohn, Trump’s lead economic advisor, conceded in an interviewthat “the most excited group out there are big CEOs, about our tax plan.”

Republican Rep. Chris Collins admitted that “my donors are basically saying, ‘Get it done or don’t ever call me again.’”

Cashing in their chits

Republican mega-donors view the tax payback as they do any other investment. When they bankrolled Trump and the GOP, they expected a good return.

The biggest likely beneficiaries are busily investing an additional $43 million to pressure specific members of Congress to pass it, according to The Wall Street Journal.

They include the 45Committee, founded by billionaire casino oligarch Sheldon Adelson and Todd Ricketts, whose family owns the Chicago Cubs; and the Koch Brothers’ groups, Americans for Prosperity and Freedom Partners.

How do you think they got so wealthy in the first place?

As more of the nation’s wealth has shifted to the top over the past three decades, major recipients have poured some of it into politics – buying themselves tax cuts, special subsidies, bailouts, lenient antitrust enforcement, favorable bankruptcy rules, extended intellectual property protection, and other laws that add to their wealth.

All of which have given them more clout to get additional legal changes that enlarge their wealth even more.

Forty years ago, the estate tax was paid by 139,000 estates, according to the non-partisan Tax Policy Center. By 2000, it was paid by 52,000. This year it will be paid by just 5,500 estates. Under the House tax plan, it will be eliminated altogether.

Why do Americans pay more for pharmaceuticals than the citizens of every other advanced economy? Because Big Pharma has altered the laws in its favor. Why do we pay more for internet service than most other nations? Big cable’s political clout. Why can payday lenders get away with payday robbery? The political heft of big banks.

Multiply these examples across the economy and you get a huge hidden upward redistribution from the paychecks of average working people and the poor to top executives and investors. (I explain this in detail in the documentary “Saving Capitalism,” airing next week on Netflix.)

All this is terrible for the American economy.

Socking it to your family

More and better jobs depend on increasing demand for goods and services. This must come from the middle class and poor because the rich spend a far smaller share of their after-tax income.

Yet the middle class and poor have steadily lost purchasing power. Partly as a result, a relatively low share of the nation’s working-age population is employed today and the wages of the typical worker have been stuck in the mud.

The Republican tax plan will make all this worse by burdening the middle class and the poor even more.

A slew of analyses, including Congress’s own Joint Committee on Taxation, show that the GOP plan will raise taxes on many middle-class families.

It will also require cuts in government programs that middle and lower-income Americans depend on, such as Medicare and Medicaid.

And the plan will almost certainly explode the national debt, eventually causing many middle class and poor families to pay higher interest on their auto loans, mortgages, and credit cards.

I don’t care whether the top executives of big corporations, Wall Street moguls, and heirs to vast fortunes salute the flag and stand for the national anthem.

But they enjoy all the advantages of being American. Most couldn’t have got to where they are in any other country.

Columbia University economist told MSNBC’s “Morning Joe” that the Republican tax overhaul is essentially a giveaway to President Donald Trump, his children and his grandchildren.

Jeffrey Sachs, who’s known as one of the world’s leading experts on poverty and economic development, said the GOP bill would require future cuts to entitlement programs to pay for the transfer of billions of dollars to the richest Americans.

“I think it’s a big, beautiful, huge Christmas gift — but to who?” said co-host Mika Brzezinski.

“For the Trump family,” Sachs said, without hesitation.

“We have already a deficit of $700 billion right now, the debt is rising rapidly and we’re playing games with the future of this country that’s really — you can’t even imagine,” Sachs said.

“Billions of dollars in ending the estate tax, in these gifts to the billionaires,” he continued. “It’s not only worthless for most people in this country, it’s actually a huge burden on them. It’s going to raise the debt phenomenally, so it’s going to mean future cuts in Medicare, it’s going to mean future cuts of basic services in this country — and there are already saying it, that it’s going to automatically trigger Medicare cuts just after this starts. It’s the most outrageous policy we have seen in budget policy — I can’t even remember a comparable deal.”

Sachs couldn’t name a single redeeming quality about the tax bill — which Republicans admit won’t even do what they say it will. …

The piece by Erin Rousseau, a graduate student at M.I.T., detailed an insidious little virus buried in the Tax Cuts and Jobs Act, just passed by Republicans in the House. The law would repeal section 117(d)(5) of the tax code, which exempts graduate students’ tuition waiver from taxation.

The Republican plan to crush students further unmasks the con of the Trump campaign.

In the case of M.I.T. grad students like Rousseau – who work as teachers or lab assistants – the new law would tax over $50,000 of tuition they don’t actually pay. It would increase such students’ taxable income from the area of $33,000 to over $80,000. In most cases, that would add about $10,000 to their annual tax burden.

Getting already-struggling students to cough up $10,000 more would pay for the big-ticket item in the Trump tax plan: a reduction in the corporate tax rate to a flat 20 percent, down from a top rate of about 35 percent.

The reduction in the top corporate rate is more or less totally symbolic already. It’s a fraud. The biggest and most successful of our transnational corporations already pay virtually nothing in American tax as it is, usually by moving profits to offshore havens.

The Senate Permanent Subcommittee on Investigations, which over the years has been one of the best crews of financial detectives in the country, did a study on Apple a few years back. …