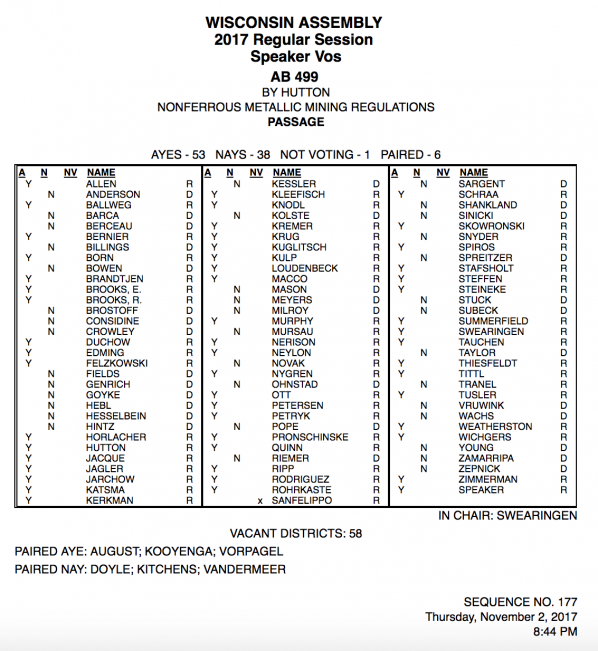 By Dennis Brault
The Commoner Call

Writing about the passage of AB 499, Nonferrous Metallic Mining Regulations bill, the Wisconsin League of Conservation Voters blasted Rep. Lee Nerison and his fellow GOP tyrannic majority’s “lack of courage” writing that because they caved to monied special interests and not the people their cowardice “will endanger Wisconsin families and its natural resources for generations. Sulfide mining puts rivers, lakes, wildlife, and public health at risk by creating acid mine drainage, a permanent toxic process that renders water poisonous and ecosystems lifeless,”

Sulfide mining has a perfect track record of poisoning waterways.

“Mining companies are unable to point to a sulfide mine that has ever been developed, operated and closed without producing polluted drainage from its operations.”

Make no mistake the water, that will become poisonous, belongs to you.

As a citizen of Wisconsin you own all of  Wisconsin’s lakes and rivers. Our waters are as the D.N.R. writes, “public resources, owned in common by all Wisconsin citizens under the state’s Public Trust Doctrine. Based on the state constitution, this doctrine has been further defined by case law and statute. It declares that all navigable waters are “common highways and forever free.”

Lee Nerison voted to allow your water to be poisoned so hellishly, that areas in our state will become lifeless.

Lifeless areas are hard to find on this planet, especially areas with water. Those few areas that are lifeless areas on earth, are almost always manmade. No metal is worth that cost to our state, our water and our right to free use of it.

Remember, remember!
On the sixth of November, two-thousand and eighteen
I know of no reason
Why the GOP treason
Should ever be forgot!
Lee Nerison and the GOP legislature
Did scheme and contrive,
To burn the Public Trust Doctrine
And kill everything alive

Vote Democrat in 2018 to end the tyranny of one party rule.

Folks, this is just one of the many recent textbook examples of what happens when living, as we are today, under the Tyranny of one party rule. And tyranny it is, as James Madison wrote in the Federalist Papers “The accumulation of all powers, legislative, executive, and judiciary, in the same hands, whether of one, a few, or many, and whether hereditary, self-appointed, or elective, may justly be pronounced the very definition of tyranny.”

Luckily the solution is straightforward and simple.

Vote Democrat in 2018 to end the tyranny of one party rule.

For More Information On The Risk Of Mining To The Upper Midwest, Check Out The Website ‘Mining Truth’, HERE. 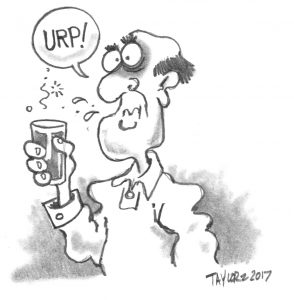 A tall icy glass of mining waste served up to you and your family by Rep. Lee Nerison and his Wisconsin Republicans party pals.

(Commoner Call cartoon by Mark L. Taylor, 2017. Open source and free to use with link to www.thecommnercall.org )