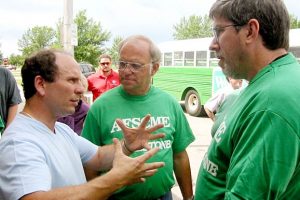 This week marks the 15th anniversary of the sudden death of Minnesota’s progressive Sen. Paul Wellstone in a plane crash that also killed his wife, daughter, several staffers and two pilots. His death in 2002 came days before a dead-heat election where he was seeking a third Senate term; it also came two weeks after he became one of 23 lawmakers to vote against the invasion of Iraq. Many thought it would cost him re-election, but unlike the likes of Flake and Corker, he didn’t care: “This is what I believe. This is who I am.” Recalling his first campaign for auditor years before, a former colleague says Wellstone’s political career continued to echo the same concerns:  “He was asking, ‘Who benefits, who pays and who decides?’ ”

To many, Wellstone remains iconic – a short, Jewish, populist crusader and “noisy, unimpressive nuisance” who over 12 years in D.C. earned the title “Conscience of the Senate.” Insisting politics was about not power or money but “the improvement of peoples lives,” he fought against big business – Pharma, insurance, oil, banks – and for workers, farmers, women, children, education, mental health, single-payer health care and the environment. Said Al Franken in a tearful tribute, “Paul made us all better.” For many, it’s important to note in these dark times, he also lives on – in a foundation that bears his name, his example to Democrats who cite his legacy, and those who worked with him. LeAnn Littlewolf, an Ojibwe who works for American Indian Community Housing, often walks in the woods near a memorial to Wellstone and his wife. “I come (here) when I experience despair in my life, and I question hope,” she says. She wrote the poem at the site inspired by eagles that circled above the crash:

“An ancient truth circles with the eagles 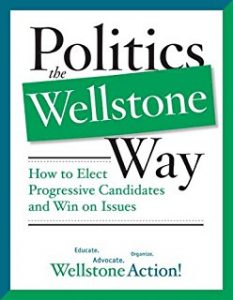