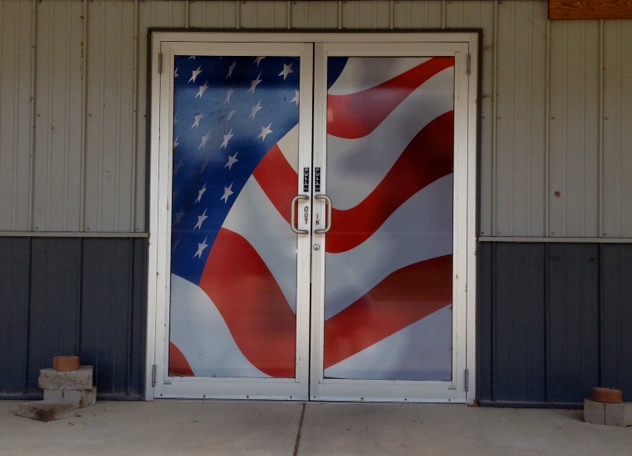 Consider, if you will, these two indisputable facts.  First, the United States is today more or less permanently engaged in hostilities in not one faraway place, but at least seven.  Second, the vast majority of the American people could not care less.

Nor can it be said that we don’t care because we don’t know.  True, government authorities withhold certain aspects of ongoing military operations or release only details that they find convenient.  Yet information describing what U.S. forces are doing (and where) is readily available, even if buried in recent months by barrages of presidential tweets.  Here, for anyone interested, are press releases issued by United States Central Command for just one recent week:

Ever since the United States launched its war on terror, oceans of military press releases have poured forth.  And those are just for starters.  To provide updates on the U.S. military’s various ongoing campaigns, generals, admirals, and high-ranking defense officials regularly testify before congressional committees or brief members of the press.  From the field, journalists offer updates that fill in at least some of the details — on civilian casualties, for example — that government authorities prefer not to disclose.  Contributors to newspaper op-ed pages and “experts” booked by network and cable TV news shows, including passels of retired military officers, provide analysis.  Trailing behind come books and documentaries that put things in a broader perspective.

But here’s the truth of it.  None of it matters.

The American people have defined their obligation to “support the troops” in the narrowest imaginable terms, ensuring above all that such support requires absolutely no sacrifice on their part.

Like traffic jams or robocalls, war has fallen into the category of things that Americans may not welcome, but have learned to live with.  In twenty-first-century America, war is not that big a deal.

While serving as defense secretary in the 1960s, Robert McNamara once mused that the “greatest contribution” of the Vietnam War might have been to make it possible for the United States “to go to war without the necessity of arousing the public ire.” With regard to the conflict once widely referred to as McNamara’s War, his claim proved grotesquely premature.  Yet a half-century later, his wish has become reality.

Why do Americans today show so little interest in the wars waged in their name and at least nominally on their behalf?  Why, as our wars drag on and on, doesn’t the disparity between effort expended and benefits accrued arouse more than passing curiosity or mild expressions of dismay? Why, in short, don’t we give a [expletive deleted]?

Perhaps just posing such a question propels us instantly into the realm of the unanswerable, like trying to figure out why people idolize Justin Bieber, shoot birds, or watch golf on television.

Without any expectation of actually piercing our collective ennui, let me take a stab at explaining why we don’t give a @#$%&!  Here are eight distinctive but mutually reinforcing explanations, offered in a sequence that begins with the blindingly obvious and ends with the more speculative.

Read the Rest
[Scroll down on the link to find story.] 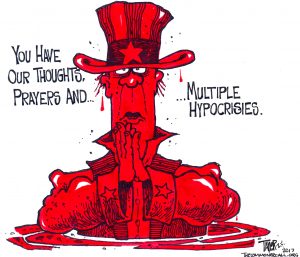 (Commoner Call photo and cartoon by Mark L. Taylor, 2017. Open source and free t use with link to www.thecommonercall.org )