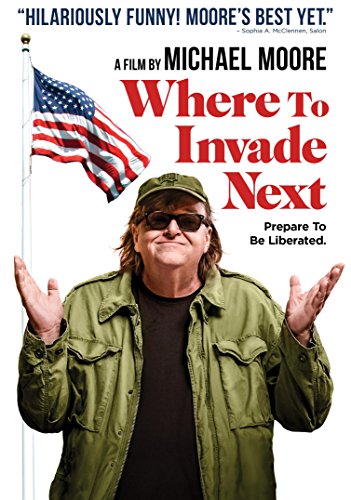 You’d think that by now They would have stopped giving Michael Moore such a hard time. Everything he portended in Roger & Me, his 1989 film about the impact of the closing of General Motors plants on his hometown of Flint, Michigan, and everything he has been banging on about for 30 years since — outsourcing, automation, corporate hegemony, moral and political corruption, elite apathy and greed, the decimation of the middle class, angry white people, the fear and loathing of the far right — all of it has come home to roost, in the form of a very large, very orange turkey in the White House.

“I think that liberals and Democrats have completely misread him. Everybody thinks he is so easily distracted by the shiny keys and he just jumps at whatever the latest bait is. The truth is he is the one holding the shiny keys. He’s an evil genius.”

Which, by the way, Moore also predicted. “I’m sorry to have to kind of be the buzzkill here so early on, but I think Trump is going to win,” he said on Bill Maher’s show in July 2016, going on to precisely outline how this unthinkable event would unfold. The audience booed him. But when the smoke cleared, Moore looked — especially to those who remembered his unpopular but accurate speech at the 2003 Oscars denouncing the war in Iraq — like a prophet, a Cassandra in a T-shirt.

“I think of him as like the oracle of Delphi,” says the director D. A. Pennebaker, who knows his Greek history. “People listen to him because they want to know what he thinks, because they want to know what they should think. And Michael sees it first. That’s why he’s the oracle. Because what you get from the oracle is an answer to a question that you don’t know how to ask. I’m always intrigued by the Greeks,” he goes on. “They sounded like such reasonable people and they were always in the wrong.”

He was right. We were wrong…again

They are also reasonable people, which is why you might expect They would give the guy some credit. Because these are dark times, and it is more important than ever to do the right thing, which in this case might be to show a little respect. To say “In the big picture, he was right.” Especially since They have been so wrong.