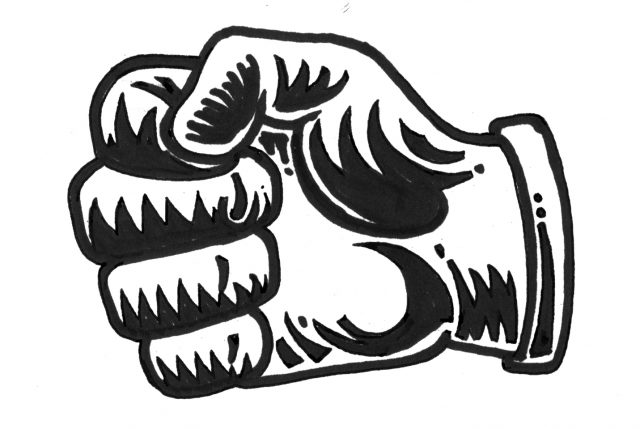 “This country is going so far to the right you’re not going to recognize it.” Those memorable words were uttered by Richard Nixon’s Attorney General, John Mitchell, who proved to be off by almost 50 years. But he and other Nixon cronies, however premature in their timetables, were establishing precedents for today’s worst case scenarios. We have to ask: Which elements of the state-sponsored violence of the ’60s and early ’70s are ready for revival and renewal? What new wrinkles in constitutional crisis might be in the works? Just how far to the right — or the left — will we go?

On taking office in 1969, Mitchell had declared that he was “first and foremost a law-enforcement officer.” The extent of the law-breaking — including murders — that that he and his cronies supervised against radicals, black militants and Democrats, is still coming to light. We have known for decades that the FBI informant drugged the Black Panther Chicago leader Fred Hampton, in December 1969, so that he was helpless to resist when two Chicago cops shot him in the head, in his bed, in the middle of the night. We know of a host of dirty tricks the Bureau deployed to deepen paranoia and internecine warfare in the Black Panther Party, in the New Left and the women’s movement.

As we learned in Charlottesville, the police haven’t yet figured out how to dampen the lethal potential. Then and now, the slug-first-ask-questions-later thugs muddy the prospects for nonviolent change. They panic the bulk of the population. They promote the version of “law and order” that comes from the mailed fist.

But much more was in the works. Only recently has it been established, thanks to the labors of the historian Arthur M. Eckstein, that in 1970, high officials of the FBI proposed to Director J. Edgar Hoover that “a state of national emergency” existed and that therefore preparations needed to be made to open internment camps — or rather, reopen them, for these were the same camps that between 1942 and 1946 held almost 120,000 Japanese-American citizens. This time, they would house 11,000 radicals — what the FBI called “the Security Index.” (I was one.) Habeas corpus would have been abolished. But the FBI was reluctant to commit. In an early appearance of Steve Bannon’s “administrative state” — the one he thinks must be “deconstructed” — many among the 9,000 FBI agents of 1970 preferred fighting crime to keeping tabs on domestic radicals who had committed no crimes.

As the FBI dragged its feet, they didn’t know — no one did — that the state of emergency was a hair’s-breadth from activation. On March 6, 1970, the Weather Underground readied three explosions to “bring the war home” — to America. One exploded prematurely in a townhouse on West 11th Street in New York’s Greenwich Village, killing three of the bombers themselves; the plan had been to detonate it at a dance at Fort Dix in New Jersey. Two other bombs were set to go off in Detroit — one inside a police station, the other outside a police social club. The former was exposed by a Detroit undercover policeman; the latter was a dud. Had all three terror attacks gone off as planned, more than a hundred people would likely have been killed. In the full-blown panic that would have ensued, almost certainly the FBI plan would have gone into effect. Chance intervened. The emergency wasn’t declared.

It was also good luck that, two years later, a keen-eyed security guard in the Watergate Hotel discovered duct tape that prevented the locking of a door to the Democratic National Committee office. Police arrested five burglars, who were installing wiretaps. A dogged federal judge, John Sirica, himself a Republican appointee, established that these men were White House employees. The Washington Post’s Bob Woodward and Carl Bernstein established that they were being paid through a Republican slush fund. Good luck doesn’t prevail if institutions don’t work.

How the country was kept from “going so far to the right you’re not going to recognize it” during the Nixon years was partly a matter of luck and partly the triumph of three institutions: the courts, the press and Congress, which launched the proceedings that resulted in President Nixon’s resignation. Nixon, like Trump today, confronted a resistance, and that resistance moved Congress to stand up for the Constitution. …

Propaganda is politically persuasive speech. It comes in various forms.

In a modern society, propaganda is omnipresent. It is one of the primary tools that governments and the powerful use to manipulate the public in order to maintain control. For example, propaganda is circulated on a daily basis by the supposedly neutral “experts” who write editorial columns in America’s newspapers or online and appear on cable news — but who are in fact on the payrolls of partisan interest groups, public relations firms and political organizations.

The CIA and the broader national security state manipulate American (and global) public opinion through their contacts in the Hollywood film industry and mass media.

Advertising is the propaganda of capitalism.

Cannon’s recent editorial embodies a strategy known as stochastic terrorism where political violence is encouraged, but when it takes place there is denial about the causes and origins.

During World War II, children’s illustrator Dr. Seuss and legendary filmmaker Frank Capra, among others, worked as propagandists who helped to maintain American morale. Most recently, Russian and other operatives conducted one of the most successful propaganda operations in human history when through disinformation (“fake news”) circulated on Facebook and other social media they were able to help Donald Trump steal a victory in the 2016 presidential election from Hillary Clinton.

Ultimately, propaganda involves a mastery of communication. And in the written form, the best propaganda is compelling, witty, seductive and truthful.

Writing at The Hill, Frank Cannon’s opinion column “Republicans must fight for Trump, or conservatives will lose the country” is none of those things. This makes it no less dangerous. … The heart of Frank Cannon’s editorial is the following passage:

“Conservatives are beyond foolish if we fail to recognize that we are engaged in a death battle for the soul of America. Trump is an imperfect but direct counter to what has heretofore been a one-sided story of decline and impotence now on vivid display in a GOP-controlled Congress. The left is far advanced in its agenda to destroy the American constitutional system, including federalism, limited government, the rule of law, and the rights of the people to rule themselves. … No president can govern effectively alone. He needs our support. Republicans have a binary choice: fight for President Trump, or die. The time to fight is now.” …