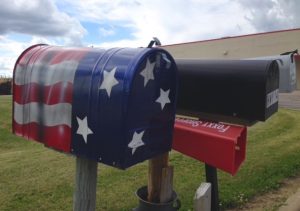 The Declaration of Independence states:

“We hold these truths to be self-evident, that all men are created equal, that they are endowed by their Creator with certain unalienable Rights, that among these are Life, Liberty and the pursuit of Happiness.”

In my role as a professor at both liberal arts and engineering universities I have held a policy of asking my students the question, ‘’How do you define freedom?” The answer I have received every time, yes every time, is ‘Freedom is about happiness. And that I can do whatever I want to do whenever I want to do it. THAT is freedom. THAT is happiness.” And, then, of course I am compelled to inform my students that that is NOT the definition of freedom but the definition of narcissism and anarchy. Yet here we are in 2017, the man with the title of president utilizing the same “I’ oriented language…. “I am your voice, said Trump. I alone can fix it.”
This country has never been about the “I’. It has always been about the ‘us’…until this sociopathic narcissist took office. Please read the paragraph below that reminds us what Thomas Jefferson meant, intended, when he wrote the words…’and the pursuit of happiness.’ It is time ALL of us re-learn the history of our country and the founding values. Reading about Adams, Jefferson and Rush reminds me to be proud I’m an American. Reminds me we were a country of honor. And, gives me energy to fight for what is right and good.

US Supreme Court Justice Anthony Kennedy explained this often forgotten sense of happiness in his 2005 lecture at the National Conference on Citizenship. Kennedy notes that while in modern times there is a “hedonistic component” to the definition of happiness, for the framers of the Declaration of Independence “happiness meant that feeling of self-worth and dignity you acquire by contributing to your community and to its civic life.” In the context of the Declaration of Independence, happiness was about an individual’s contribution to society rather than pursuits of self-gratification. While this sense has largely fallen out of use today, it’s important to keep these connotations of happiness mind when studying political documents from the 18th century.