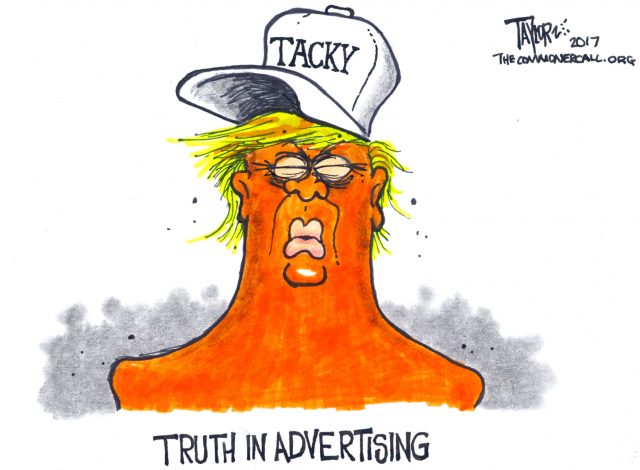 Even by the ever declining standards of his tacky administration Trump’s wearing of his latest 2020 campaign fundraising baseball cap during Hurricane Harvey briefings and visits to Houston is a new cringe inducing low point. To say – as is so often said about this toxic spill of a presidency – that it is unprecedented doesn’t even come close to describing the slimy moral depravity of Trumpian adolescent arrogance.

It’s especially disgusting as we know Trump personally profits off campaign funds siphoned directly into his pocket and diverted off to pay for legal costs related to the ever spreading Russia investigation – including Princeling Donnie Junior’s legal bills for his secret meetings with shady Russian characters.

The only thing Donald Trump excels at is finding new and tackier depths to debase himself, his presidency and the weary nation.