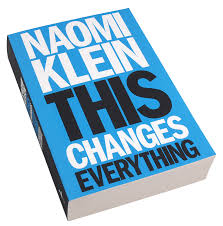 The World Meteorological Organization on Tuesday announced that Hurricane Harvey’s devastation is linked to climate change. All past U.S. rainfall records have been shattered, and the devastating storm is expected to bring even more rainfall to Louisiana and Texas in the coming days. And yet, the corporate networks have avoided linking the record-breaking storm to climate change. We examine storm coverage with Naomi Klein, best-selling author of several books, including “This Changes Everything: Capitalism vs. the Climate.”

Dr. James Hansen has been called the “father of climate change awareness.” In 1988, Hansen first warned about the dangers of global warming when he testified before Congress. At the time, he was the top climate scientist at NASA, where he headed the Goddard Institute for Space Studies. We speak with world-renowned climatologist Dr. James Hansen on what role climate change played in unleashing Hurricane Harvey.

Hurricane Harvey has sparked comparisons to Hurricane Katrina, which hit New Orleans 12 years ago yesterday. The devastating storm killed more than 1,800 people and forced more than 1 million people to evacuate. Both the government and major aid agencies like the Red Cross were widely criticized for failing to respond adequately to the disaster. Instead, local residents took matters into their own hands, launching relief, recovery and mutual aid efforts such as the Common Ground Collective.

For more on the Red Cross’s failures and local grassroots relief efforts, we speak with Scott Crow, author and anarchist who helped found the Common Ground Collective in New Orleans after Hurricane Katrina, and Jonathan Katz, director of the Media and Journalism Initiative at Duke University and former Haiti correspondent for the Associated Press. He’s the author of “The Big Truck That Went By: How the World Came to Save Haiti and Left Behind a Disaster” and a new article headlined “The Red Cross Won’t Save Houston.”