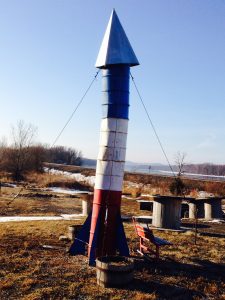 Political IQ test: What does it mean when CNN, MSNBC, Fox News and the President’s Twitter account all agree that a foreign state poses a suddenly increased threat to America?
A) If they all agree it must be true!
B) Well I dislike some of those outlets, but I trust one of them.
C) The US intelligence community would never lie to us.
D) Hmm… this sounds an awful lot like the leadup to Iraq?

If you said anything but D, you are of course a fucking moron. The United States power establishment has an extensive history of using lies, false flags and propaganda to manipulate its hundreds of millions of citizens into supporting needless military interventionism. From the Gulf of Tonkin incident to the false Nayirah testimony to the amazing network of lies spun about Saddam Hussein to the “humanitarian” intervention in Libya to the unconscionable Bana Alabed psy-op in Syria, there is no depth to which the US war machine will not stoop in deceiving the public about the need to unload the military-industrial complex’s expensive inventory onto some third world country overseas, no limit to the evils that America’s unelected power establishment will commit in order to secure geopolitical dominance, and no end to the mass media propaganda machine’s willingness to report war propaganda as objective fact.

Can’t be too paranoid

It is quite literally impossible to be too paranoid about these people. If you had an acquaintance who was a known compulsive liar with an extensive history of duping people into fighting one another for his own sociopathic amusement, how would you react if he handed you a gun and told you that your neighbor is getting ready to attack you?

The US government lies about war, and Phil Donahue was fired from his top-ranked show for expressing skepticism about the Iraq invasion. This fact should overlay every single segment of news media you consume which has anything to do with a potential military rival of the United States and its allies/client states. Like Dr. Gregory House’s perpetual mantra “people lie”, awareness of the US war machine’s love of deceit and manipulation is absolutely essential in forming a clear worldview.

This is not to say that the completely evidence-free and unsourced report on this matter by the Washington Post — which as usual violated standard journalistic protocol by failing to disclose in its report on US intelligence that its sole owner is a CIA contractor — is necessarily completely untrue. It is entirely possible that North Korea has attained miniaturization and is now technologically capable of mounting a nuclear payload on an intercontinental ballistic missile; the DPRK has been claiming to have this capability since March of last year. It would be perfectly understandable if Kim Jong Un learned from Gaddafi’s mistake of relinquishing Libya’s rudimentary nuclear program and procured the deterrent of ICBM nukes as quickly as possible, given the increasingly shiny target that the nation has had painted on it by the western war machine.

Do not believe these people

What matters for the purpose of this consideration is not whether or not North Korea does in fact have long-range nuclear capability, what matters is that the US war machine wants you to think that it does right now. A narrative is being constructed, and our focus should be on what they are planning to use it for. If, just to put a wild example out there, Guam is flattened by a nuclear explosion next week, I will be the first person to call it a false flag. There is every reason to believe that the pervasively evil US war machine would do such a thing in order to manufacture support for its securing geopolitical dominance on China’s border, and there is no reason to believe that Kim Jong Un would spontaneously do such a thing. There is no mental illness in the DSM which is both hereditary and geared specifically toward unprovoked nuclear attacks; what they’ve been saying Kim Jong Il will do is now what they’re saying Kim Jong Un will do, and it makes no sense whatsoever. Do not believe these people.

This bizarre “Kim Jong Un has nuke-button-pushing psychosis, just like his father did” narrative has been used as one of the many mealy-mouthed justifications for refusing to de-escalate and attempt diplomacy with North Korea, which is indeed on the table. From the excellent Moon of Alabama:

“Now consider what the U.S. media don’t tell you about Korea:

“As a first step, the Democratic People’s Republic of Korea (DPRK) may suspend its nuclear and missile activities in exchange for the suspension of large-scale U.S.-Republic of Korea (ROK) military exercises,” Wang told a press conference on the sidelines of the annual session of the National People’s Congress.
…
Wang said the nuclear issue on the Korean Peninsula is mainly between the DPRK and the United States, but China, as a next-door neighbor with a lips-and-teeth relationship with the Peninsula, is indispensable to the resolution of the issue.

FM Wang, ‘the lips’, undoubtedly transmitted an authorized message from North Korea: “The offer is (still) on the table and China supports it.”

North Korea has made the very same offer in January 2015. The Obama administration rejected it. North Korea repeated the offer in April 2016 and the Obama administration rejected it again. This March the Chinese government conveyed and supported the long-standing North Korean offer. The U.S. government, now under the Trump administration, immediately rejected it again. The offer, made and rejected three years in a row, is sensible. Its rejection only led to a bigger nuclear arsenal and to more missiles with longer reach that will eventually be able to reach the United States.”

I am not interested in defending Kim Jong Un here, just in pointing out that the US war machine lies constantly in order to justify regime change in sovereign nations. That’s all. It’s hard to be sure through the immense veil of western media spin how much of what is said about the disobedient communist government is a distortion of the facts, but we can be absolutely 100 percent certain that it is a sovereign nation, and that the US power establishment has an extensive, consistent history of lying to manufacture support for war. Be intensely skeptical. That’s all I’m saying here. …