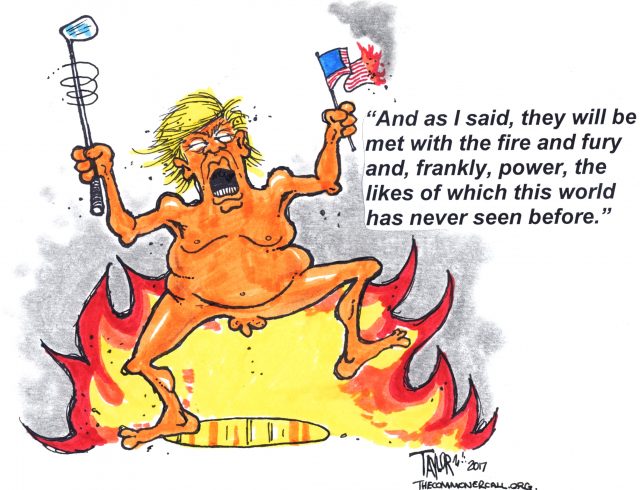 “How can I know that an order I receive to launch my missiles came from a sane president?”

The question was asked in 1973 by Harold Hering, an Air Force major studying to be a missileer, or one of the people who turns the keys that unlock the deadliest of missiles.

The question, raised again by the Washington Post on Wednesday, remains as prescient now in light of President Donald Trump’s “fire and fury” threat against North Korea as it did then — when Hering rightfully questioned whether or not President Richard Nixon was, at the height of the Watergate scandal, of sane mind. The question ultimately caused the fledgling missileer to be fired.

At the time, concerns about Nixon’s mental health were so severe, his Defense secretary James Schlesinger asked to be alerted if the president began giving any “unusual orders.”

“I could leave this room and in 25 minutes 70 million people would be dead,” Nixon reportedly once bragged in a meeting. …