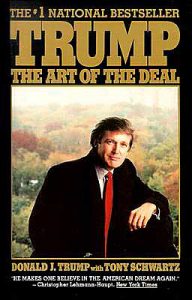 Donald Trump’s 1987 bestselling book on business leadership, “The Art of the Deal” was ghostwritten by Tony Schwartz, who shares his insights and experience of the real estate hustler and reality television oddball who has now become the president of the United States.

Last June, as dusk fell outside Tony Schwartz’s sprawling house, on a leafy back road in Riverdale, New York, he pulled out his laptop and caught up with the day’s big news: Donald J. Trump had declared his candidacy for President. As Schwartz watched a video of the speech, he began to feel personally implicated.

Trump, facing a crowd that had gathered in the lobby of Trump Tower, on Fifth Avenue, laid out his qualifications, saying, “We need a leader that wrote ‘The Art of the Deal.’ ” If that was so, Schwartz thought, then he, not Trump, should be running. Schwartz dashed off a tweet: “Many thanks Donald Trump for suggesting I run for President, based on the fact that I wrote ‘The Art of the Deal.’ ”

This Is A Sick Child: Trump Gets A Twice-Daily Folder of Good News About Himself. This Is Not The Onion, Though We Wish It Was. 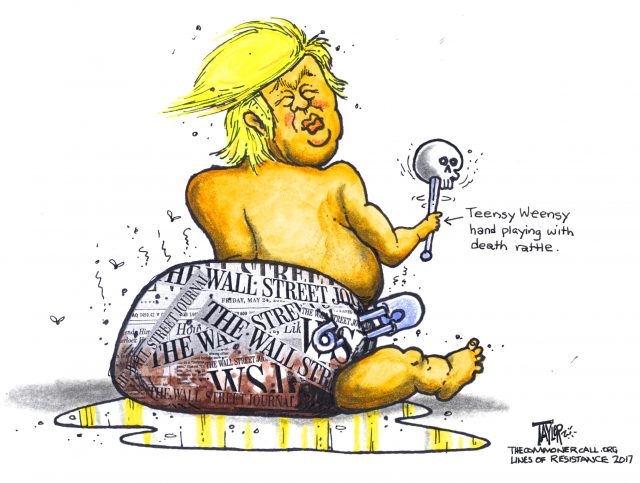 Thanks to leakers, VICE News reports that twice a day since the start of his unpresidency, Trump has gotten delivery of a folder of admiring tweets, stories, interviews, screenshots and other news about how bigly great he is. According to Politico, we the people pay a flunkie $89,000 a year to dig up the stuff. Sometimes, there are just photos of Trump on TV “looking powerful.” Reince Priebus and Sean Spicer often did battle to see who got to bring the packet from the “war room”; in the weeks since their departures, delivery of the “propaganda document” has been more sporadic.

Ladies and gentlemen, we present the President of the United States. What an utterly pathetic excuse for a human being, never mind a leader. Not normal doesn’t begin to cover this. Actually, it’s so God-awful we don’t know what does. We think we need to lie down for a bit, or maybe throw up. Meanwhile, the planet will presumably keep on spinning. Or not. At this lamentable point, all bets are off.

(Commoner Call cartoon by Mark L. Taylor, 2017. Open Source and free to use with link to www.the commonercall.org )