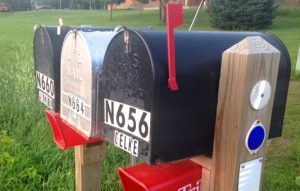 Oligarchy works by means of the system called money that is run by banks.  It is a fools errand to challenge the system if one does not challenge the very notion that bank debt can function as money or that government can function for The People when it has already handed its money creation authority to banks. (See Can You Say ‘Oligarchy’? 75 Percent Of Americans Are Wise To The Con & Know The Govt. Only Serves The Wealthy. 7/17)

“Capital must protect itself in every possible way, both by combination and legislation. Debts must be collected, mortgages foreclosed as rapidly as possible.

“When, through process of law, the common people lose their homes, they will become more docile and more easily governed through the strong arm of the government applied by a central power of wealth under leading financiers.

“These truths are well known among our principal men, who are now engaged in forming an imperialism to govern the world. By dividing the voter through the political party system, we can get them to expend their energies in fighting for questions of no importance.

“It is thus, by discrete action, we can secure for ourselves that which has been so well planned and so successfully accomplished.”