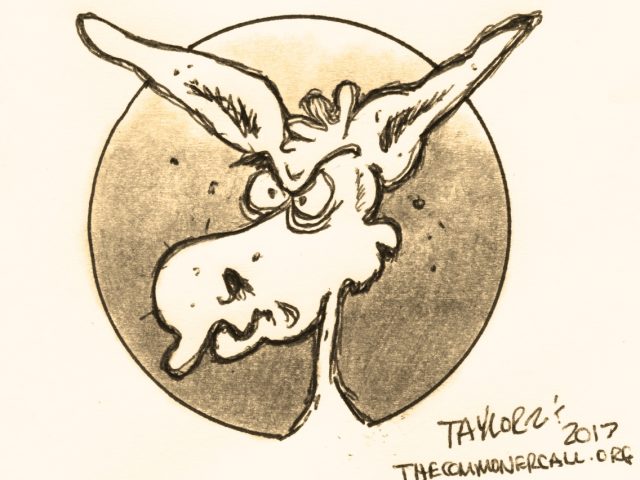 Say No To Centrism: Time To Go Bold, Dems!

In her new book, No Is Not Enough: Resisting Trump’s Shock Politics and Winning the World We Need, the author and activist Naomi Klein identifies the election of our current president as the result of a number of trends in American society. Klein has long written about what she perceives to be the devastating effects of globalization and American militarism; here she presents Trump as part of a culture obsessed with branding, where honesty is irrelevant and winning is what counts. She partially blames neoliberal economics and the glorification of wealth for this state of affairs, noting that “Trump’s assertion that he knows how to fix America because he’s rich is nothing more than an uncouth, vulgar echo of a dangerous idea we have been hearing for years: that Bill Gates can fix Africa. Or that Richard Branson and Michael Bloomberg can solve climate change.”

Klein also puts forward an agenda for overcoming Trump, which she believes should include much more economic populism, as well as a commitment to criminal justice reform. About more controversial issues, such as reparations for slavery and colonialism, she asks, “Why not?”

“All we know is what we’ve been told is possible for 40 years turns out to be wrong. Nobody would have thought that a guy who calls himself a “democratic socialist” in the United States would have gotten 13 million votes and carried more than 20 states. That happened.” – Naomi Klein

I recently spoke by phone with Klein. During the course of our conversation, which has been edited and condensed for clarity, we discussed how branding took over American politics, whether centrism is really dead, and why one of the many scary things about Trump’s plutocracy is that it may force him to become even more racist.

Isaac Chotiner: Do you think Trump is the culmination of the different things you have been writing about over your career?

Naomi Klein: Well, my first book was about the rise of lifestyle branding and how it was impacting the culture and then lots of public space. Brands became more and more voracious in their desire to co-brand with previously public spaces as they saw their mission being to sell ideas, as opposed to products. If companies don’t see themselves as producers of things but rather as creators of ideas, then it doesn’t really matter who produces their products.

Trump is very much the culmination of that project in the sense that the last frontier of co-branding is just swallowing the government itself. I think that the Trump family is really doing that in broad daylight. The meaning of the brand that he’s been building over decades is power—indeed impunity—through wealth. Being the boss who gets away with anything. What better way to express that and embody that than by being the president? …