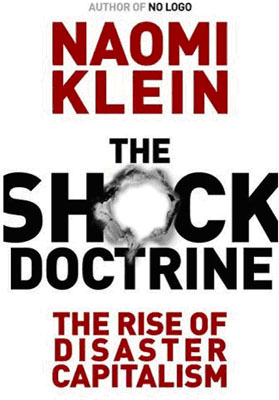 Shock. It’s a word that has come up a lot since November— for obvious reasons.

I’ve spent a lot of time thinking about shock. Ten years ago, I published “The Shock Doctrine,” an investigation that spanned four decades from Pinochet’s U.S.-backed coup in 1970s Chile to Hurricane Katrina in 2005.

I noticed a brutal and recurring tactic by right wing governments. After a shocking event – a war, coup, terrorist attack, market crash or natural disaster – exploit the public’s disorientation. Suspend democracy.  Push through radical “free market” policies that enrich the 1 percent at the expense of the poor and middle class.

The administration is creating chaos. Daily. Of course many of the scandals are the result of the president’s ignorance and blunders – not some nefarious strategy.

But there is also no doubt that some savvy people around Trump are using the daily shocks as cover to advance wildly pro-corporate policies that bear little resemblance to what Trump pledged on the campaign trail.

And the worst part? This is likely just the warm up. …

Read the Rest and 9-Minute Video

Get out of your home and defy bans.