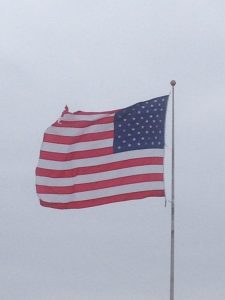 Ever since Trump got elected, there’s been a lot of talk about resistance. As the country marked Trump’s first 100 days, it reached a crescendo. Then Republicans in the House passed Trump care—one of the cruelest Bills in recent memory. The reason they can screw so many people with relative impunity, is that they’ve invested decades in creating a mega-narrative that insulates them from consequences.

Certainly, we must resist Trump’s destructive agenda in every way we can. But if progressives are to recapture the hearts and minds of America it will take far more than just resisting. It will require that progressives develop a long-term strategy that addresses the needs of people, not plutocrats, that is based on values, not tactics.

And that has to start with reclaiming the Democratic Party from the neoliberals. The alternative is to continue to lose elections at all levels, as Democrats have been doing with increasing frequency since they abandoned the New Deal and adopted the raw deal. And if progressives cannot take over the Democratic Party we will have to start the long, slow slog toward building a third party and hope that there’s enough left of the country and the planet to salvage by the time we succeed.

We can learn a lot from conservatives, because they executed a successful Silent Coup, more than four decades in the making, funded by, and conducted on behalf of, the Oligarchy. We’re not talking about some shadowy conspiracy featuring clandestine meetings, passwords, secret handshakes, James Bond supervillains, Freemasons, or…gasp…even the Trilateral Commission. This Coup was more like a flock of vultures moving in tandem only because they were pursuing a shared vision of their own self-interest— which was to relentlessly fleece us to feather their own foul nests. But if it wasn’t a coherent junta, it was fueled by money. Lots and lots of money. And it had a blueprint—The Powell Memo.

The strategy focused on:

The strategy has culminated in their spectacular success at all levels of government – they now control both branches of the legislature in 32 states and the governorship in 24 of those states, as well as both houses of Congress and the Presidency at the Federal level. But an even starker measure of their success is how corporations and the uber rich have prospered at the expense of the rest of us. The top one-tenth of 1 percent of Americans now have as much wealth as the bottom 90 percent, democracy is all but dead in the Unites States, the press is a wholly owned subsidiary of the Oligarchy, and both parties dance to its tune.

If Democrats want to win again, they will need to embrace real progressive values, restore a measure of diversity to the press and media by restoring regulations that allowed the FCC to bust monopolies, and invest in the needed infrastructure – foundations, think tanks, academic chairs, etc, to carry a populist message and to reveal the treachery of the Republican’s economic con game.

Government – once the champion of the working man, the author of the New Deal, and the architect of the longest sustained and broadly share period of prosperity in US history has become the enemy. Meanwhile, the free market, which exploited workers, defiled the environment, and operated outside of any moral framework, is now believed to be the font of all things good, delivered by pure serendipity. As a result, broad sections of society – including much of the press, the establishment wing the Democratic Party, much of academia and the public policy infrastructure, and of course Republicans — believe taxes are bad, regulations are bad, small government is good; public programs are bad, and the markets (i.e. the Oligarchy) will automatically provide great things if we just get government out of the way. This is the camouflage under which such nonsense as laissez-faire, trickle-down and supply-side economics keep getting resurrected, no matter how often it fails.

For another example of the power of long-term strategic thinking over mere opposition or identity politics, consider project Redmap – a Karl Rove effort that all but assures that Republicans will control the House until at least 2022 – and that assumes Democrats stop navigating by their hood ornaments and get strategic. If they don’t, then Republicans will control the House for much longer.

As recounted in David Daley’s Ratf**ked, Republicans targeted key races in the state legislatures with an eye toward Gerrymandering the hell out of the House elections. The results have been dramatic. In 2012, the first year the full effect of redistricting could be seen, Democrats got 1.7 million more votes than Republicans, but Republicans won 33 more Congressional seats. And for all the talk – and the need – to take back Congress in 2018, it will be extraordinarily difficult for Democrats to do in the face of such a stacked deck.

Here’s the timeline for leveling the playing field. Democrats would have to launch an effective attack on Republican legislators at the state level in 2018 and 2020, then wait for the census results and draw reasonable districts that actually represent the people. As a result, the first time Democrats could face Republicans without their Gerrymandered advantage will be 2022, again, assuming Democrats get their act together.

If this frightens you, it should. Even more frightening is the fact that Republicans are just 2 states shy of being able to convene a Constitutional Convention and the Koch Brothers – funders of the Coup – are pumping money into an effort to put them over the top.

While Conservatives are playing political chess and thinking several moves ahead, Democrats are playing political checkers, and focusing on short term excuses for losing the election – like the Russian email hacks – which as Norman Soloman pointed out, gives them a pretext to continue to blame their defeat on the Russians, rather than the fact that they ran candidates who put Wall Street over Main Street.

It is precisely this embrace of neoliberalism that has caused the Democratic Party’s long, slow slide into irrelevance. Back in the 1960’s, half the registered voters claimed to be Democrats; today, 29% do. Republicans have been hovering somewhere near 25% during the same period, while winning elections.

The reason Republicans win as a minority Party is because Democrats have embraced neoliberalism and rejected true progressivism and the New Deal. As a result, turnouts at election time are typically low, and it’s the Democrats and disaffected Independents who don’t turn out. The difference between the “trickle-down, supply-side” con of the Republican Party and the Democrats’ embrace of the free market, deregulation, lower taxes, markets-know-best agenda that Bill Clinton brought to the Party with the Democratic Leadership Council is simply too small to excite the people.

If Democrats want to win again, they will need to embrace real progressive values, restore a measure of diversity to the press and media by restoring regulations that allowed the FCC to bust monopolies, and invest in the needed infrastructure – foundations, think tanks, academic chairs, etc, to carry a populist message and to reveal the treachery of the Republican’s economic con game.

As you read this, there’s a fight on for control of the Democratic Party. Incredibly, the old-guard neoliberal establishment is doing all they can to hold onto the status quo that enabled a dangerous know-nothing like Trump to assume the Presidency.