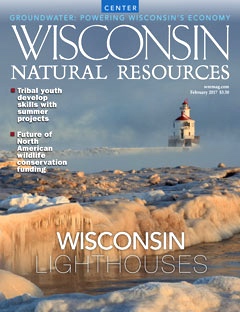 WASHINGTON — Wisconsin Gov. Scott Walker (R) plans to do away with a nearly century-old, state-run nature magazine, sparking outrage among critics who see it as part of an ongoing anti-environment agenda.

Walker’s 2017-2019 budget, which he unveiled in February, calls for suspending publication of Wisconsin Natural Resources next year. The magazine, a product of the state Department of Natural Resources, has kept Wisconsinites informed about hunting and fishing opportunities, species conservation, environmental issues and much more since 1919.

“While the magazine has a loyal following and is supported by subscriptions, it became clear as our staff continued to examine what they did and why they do it … that we at DNR are stewards of resources and not magazine publishers,” department Secretary Cathy Stepp said during a legislative hearing late last month. She added that her agency’s time is better spent focusing on digital communication.

But a former department secretary, two former editors of the magazine and dozens of Wisconsin residents have blasted the governor’s plan.

“Anyone that says communication and education is not a core value of a natural resource agency doesn’t get it,” George Meyer, who served as natural resources secretary from 1993 to 2003, told Wisconsin Public Radio.

The proposed shutdown of the magazine appears to be part of a larger attack on environmental science by the Republican governor.

With Walker in office, Wisconsin has rolled back environmental regulations and slashed Department of Natural Resources funding, resulting in the elimination of half the agency’s scientists. Last year, references to climate change were scrubbed from its website, part of a continued push to silence discussions of climate change at the agency.

The magazine saw “editorial oversight dramatically increase” in 2013 after it ran an insert on climate change funded by the Nelson Institute for Environmental Studies, according to Natasha Kassulke, who served as the magazine’s editor for five years until mid-2016. “From then on, all stories were vetted by officials within the state Department of Natural Resources,” Kassulke wrote in a recent Chippewa Herald op-ed. “They spiked stories having to do with climate change, a federally endangered mammal living near a proposed iron mine, and challenges to the privatization of groundwater.”

Kassulke noted that the magazine, which is published six times a year, is funded entirely by its more than 80,000 subscribers. A subscription costs $8.97. …

Show Your Support For “Wisconsin Natural Resources” Magazine by Visiting Their Websiste, Sending a Short Note of support and Subscribing! Link HERE.