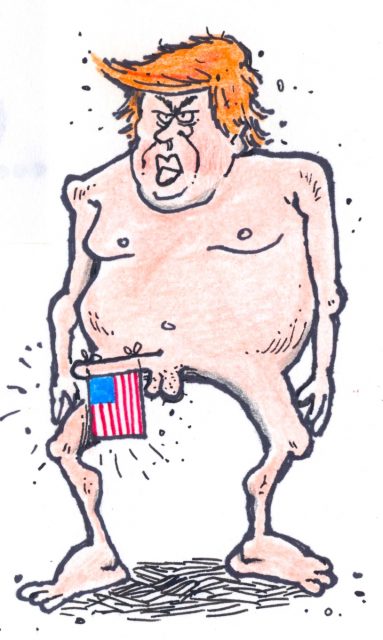 If women can’t win, everyone loses. That, at least, is the conclusion of several new studies into how gender attitudes are changing. One team of academics from Wharton, looking into how men and women negotiate, observed that since Donald Trump’s election there had been a marked “increase in men acting more aggressively toward women”. In lab sessions, young men were more inclined than previously to fight young women for a small amount of money that had to be split between them – and the net result was that everyone went home poorer.

This sounds like a neat modern morality tale, as do most psychological studies into sex and behaviour – at least the ones that get press attention. We tend to interpret such studies as we want to see them, which makes this sort of research only slightly more useful than reading palms or animal entrails – albeit a lot less fun, because after generations of painstaking psychological research, the one thing academics have conclusively proven is that students are endlessly willing to humiliate themselves for beer money.

There is no neutral ground any more in the cultural war between those who believe that women are people and deserve to be treated as such, and those who do not.That’s not your fault, but it just became your responsibility. Pick a side. Have a good, hard think about how you’re going to explain all of this to your granddaughters, then pick a side, and decide what you’re going to do about it.

What is clear, however, is that people are seeing changes in the way some men are behaving, changes that are intimate and hard to quantify and go far beyond the frightening crackdowns on reproductive rights and migrant safety. A backlash is on against the few gains that women and girls have made, slowly, painfully and with unnumbered sacrifices down the decades, as men and boys are encouraged to see women as their competitors in an unfriendly world. Trump and his vice president, Mike Pence, are the Mulder and Scully of modern misogyny: one messy, boorish bully and one priggish religious fanatic united by the belief that rich old white men should be in charge. Their victory is a reassurance that male mediocrity will still be rewarded – no matter who gets hurt. …