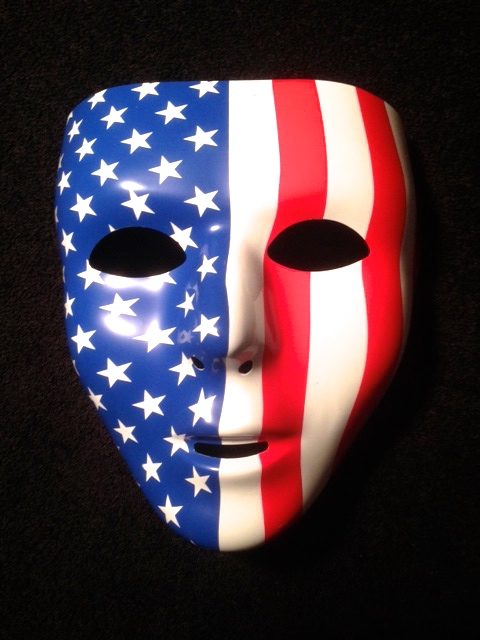 “Where is the outrage about the deaths of the thousands of other children, including those we killed recently in Mosul when a March 17 coalition airstrike took the lives of as many as 200 civilians? …Why do we lament these deaths yet bar Syrian war refugees from entering the United States?”

War opens a Pandora’s box of evils that once unleashed are beyond anyone’s control. The invasion of Afghanistan set out to defeat al-Qaida, and nearly 16 years later, we are embroiled in a losing fight with the Taliban. We believed we could invade Iraq and create a Western-style democracy and weaken Iran’s power in the region. The fragmentation of Iraq among warring factions has left Iran the dominant Muslim nation in the Middle East and Iraq destroyed as a unified nation. We set out to topple President Bashar Assad in Syria but then began to bomb the Islamic insurgents trying to overthrow him. We spread the “war on terror” to Yemen, Libya and Syria in a desperate effort to crush regional resistance. Instead, we created new failed states and lawless enclaves where vacuums were filled by the jihadist forces we sought to defeat. We have wasted a staggering $4.79 trillion on death, destruction and folly as our nation is increasingly impoverished and climate change threatens us with extinction. The arms manufacturers, who have a vested interest in perpetuating these debacles, will work to make a few trillion more before this act of collective imperial suicide comes to a humiliating end.

In war, when you attack one force you implicitly aid another. And the forces we assist by striking the Assad regime are the forces we ironically are determined to eradicate—Nusra Front, al-Qaida and other Islamic radical groups. These are the same Islamic forces we, along with Saudi Arabia, Qatar, Turkey and Kuwait, largely created, armed and funded at the inception of the civil war in Syria. They are the forces that have responded to the chaos caused by our misguided military interventions in Afghanistan, Iraq, Libya, Yemen, Somalia and Pakistan. They are the forces that execute Western captives, slaughter religious minorities, carry out terrorism in Europe and the United States and collect billions of dollars from smuggling refugees into Europe. They are our sometime enemies and our sometime allies.

“So save your tears. We are morally no different from the jihadists or the Syrians we fight. They reflect back to us our own repugnant visage. If we wanted this to stop, we could make it happen.”

The Islamic militants in Syria, after Russia intervened against them in September 2015, were losing territory, financial revenue and support in the six-year war. And they were the ones who rejoiced this week when the United States fired 59 Tomahawk cruise missiles at Syria’s Shayrat airfield …

“The media coverage has been atrocious, particularly—and this is across the board on every network—particularly when the strike is happening. It’s like they’re in awe of the cruise missiles,” Scahill said.

Indeed, media critics pounced on the comments by Zakaria—who called it Trump’s “big moment”—and Williams—who called the strikes “beautiful” —as examples of the “classic pundit attitude toward presidential violence.”

Referring to Zakaria, Scahill said “if that guy could have sex with this cruise missile attack, I think he would do it.” And Brian Williams, he said, “seemed to be in true love with the cruise missile strike, in a despicable way invoking Leonard Cohen’s name.” Pressed by Stelter if Zakaria’s comments were taken out of context, Scahill said, “Fareed Zakaria was also a major cheerleader for the Iraq War.”

Scahill also criticized corporate media for elevating the voices of retired military who may now be personally profiting from continued U.S. warfare.

“CNN needs to needs to immediate withdraw all retired generals and colonels from its airways,” Scahill said.

“I think that the American people deserve to know what was the private sector record of these individuals when it came to the weapons industry or profiting in the private sector off of the proliferation of U.S. wars that happened in Iraq, Afghanistan, Syria, and elsewhere. There is not the kind of transparency that is required of a truly democratic press when you’re not revealing the extent to which these people have benefited in the private sector from these wars,” he said.

He also noted that “the United States has been engaged militarily in Syria for several years now, both in the form of Special Operations forces and, increasingly, conventional ‘boots on the ground,’ but also just scorched-earth bombing, particularly since Trump took office.”

Former CBS News anchor Dan Rather also weighed in the issue of media coverage of the strikes, writing on his personal Facebook page: “The role of the press is to ask hard questions.”

“The number of members of the press who have lauded the actions last night as ‘presidential’ is concerning. War must never be considered a public relations operation. It is not a way for an Administration to gain a narrative. It is a step into a dangerous unknown and its full impact is impossible to predict, especially in the immediate wake of the first strike,” he wrote.

The role of the press is to ask hard questions.

The President of the United States is the Commander in Chief. It is an awesome responsibility. Committing the use of force and American men and women in uniform is about as serious as it gets. But the truly great presidents understand that knowing when NOT to act is as important as knowing when to act.

It is a whole lot easier starting wars than finishing them. And there are many historical examples of where a promise of limited engagement quickly metastasized into something much bigger.

There is a tendency to rally around the flag, and a President who takes on a war footing can see a boost of support. It is often transitory. There are arguments to be made that President Assad in Syria has crossed a line that demands U.S. military interference. Whether this should have been a unilateral action is something we all must consider. Whether President Trump has a plan for what comes next must be debated. Whether there is a coherence to this missile strike fitting into a larger foreign policy strategy is a question that should give us all pause.

The role of the press is to ask hard questions. There is ample evidence that this Administration needs to face deep scrutiny. The lies we have heard, the chaos in governance, and the looming questions about ties with Russia – itself a major player in Syria – demand that the press treat this latest action with healthy skepticism. Perhaps it was the right thing to do. Perhaps a strong and wise policy will emerge. But that judgement is still definitely hanging in the balance.

The number of members of the press who have lauded the actions last night as “presidential” is concerning. War must never be considered a public relations operation. It is not a way for an Administration to gain a narrative. It is a step into a dangerous unknown and its full impact is impossible to predict, especially in the immediate wake of the first strike.