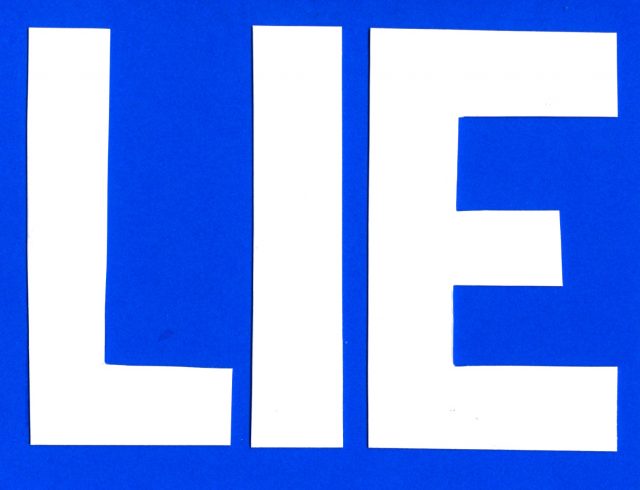 His deceptions and misleading statements are easy to unmask. In the latest example — after hundreds of well-documented lies — FBI director James Comey told Congress this week that there is “no information that supports” Trump’s claim that President Obama tapped his phone.

But Trump’s political path presents a paradox. Far from slowing his momentum, his deceit seemed only to strengthen his support through the primary and national election. Now, every time a lie is exposed, his support among Republicans doesn’t seem to waver very much. In the wake of the Comey revelations, his average approval rating held at 40 percent.

This has led many people to ask themselves: How does the former reality TV star get away with it? How can he tell so many lies and still win support from many Americans?

Journalists and researchers have suggested many answers, from hyper-biased, segmented media to simple ignorance on the part of GOP voters. But there is another explanation that no one seems to have entertained. It is that Trump is telling “blue” lies — a psychologist’s term for falsehoods, told on behalf of a group, that can actually strengthen the bonds among the members of that group.

Children start to tell selfish lies at about age three, as they discover adults cannot read their minds: I didn’t steal that toy, Daddy said I could, He hit me first. At around age seven, they begin to tell white lies motivated by feelings of empathy and compassion: That’s a good drawing, I love socks for Christmas, You’re funny.

If we see Trump’s lies not as failures of character but rather as weapons of war, then we can come to see why his supporters might see him as an effective leader. From this perspective, lying is a feature, not a bug, of Trump’s campaign and presidency.

Blue lies are a different category altogether, simultaneously selfish and beneficial to others — but only to those who belong to your group. As University of Toronto psychologist Kang Lee explained, blue lies fall in between generous white lies and selfish “black” ones. “You can tell a blue lie against another group,” he said, which makes it simultaneously selfless and self-serving. “For example, you can lie about your team’s cheating in a game, which is antisocial, but helps your team.”

In a 2008 study of seven, nine and 11-year-old children — the first of its kind — Lee and colleagues found that children become more likely to endorse and tell blue lies as they grow older. For example, given an opportunity to lie to an interviewer about rule-breaking in the selection process of a school chess team, many were quite willing to do so, older kids more than younger ones. The children telling this lie didn’t stand to selfishly benefit; they were doing it on behalf of their school. This line of research finds that black lies drive people apart, white lies draw them together, and blue lies pull some people together while driving others away.

Around the world, children grow up hearing stories of heroes who engage in deception and violence on behalf of their in-groups. In “Star Wars,” for example, Princess Leia lies about the location of the “secret rebel base.” In the Harry Potter novels (spoiler alert!), the entire life of double-agent Severus Snape is a lie, albeit a “blue” one, in the service of something bigger than himself.

That explains why most Americans seem to accept that our intelligence agencies lie in the interests of national security, and we laud our spies as heroes. From this perspective, blue lies are weapons in intergroup conflict. As Swedish philosopher Sissela Bok once said, “Deceit and violence — these are the two forms of deliberate assault on human beings.” Lying and bloodshed are often framed as crimes when committed inside a group — but as virtues in a state of war. …

(Editor’s Note: I forwarded the above article on to Scott Wittkopf of Frame for the Future. Scott has done work with neurolinguistics expert George Lakoff, who has raised awareness of the importance of emotional framing of political messaging. As neuroscience has proven, as nicely logical we all like to think we are, the truth is the majority of our decision making is emotionally based. Simply put: facts are not enough. The following is the response Scott Sent after reading the article. – Mark L. Taylor)

Here are some thoughts after reading the article. The author gets it about half right.

This is a great article – as far as it goes. But it misses a tremendously important cognitive reality, because it is written from a very “thought is rational” perspective…which we know is flawed. I disagree wholeheartedly with this conclusion, and I believe Kathy’s (Cramer) qualitative research bears this out (as does that of Lakoff):
“What can the rest of us do in the meantime? We must make accuracy a goal, even when the facts don’t fit our emotional reality.”
The author assumes (wrongly) that there is a difference between people’s emotional and rational “reality”. They are physically connected in the same brain, and you cannot make a single decision without activating unconscious emotion. I.e., every time you think, you frame.
So – the article is correct in that Trump’s lies are effective because they “fit” people’s ideology. But it goes further than that. The conservative frame Trump is evoking (and has been dominant for decades) continuously reinforces people’s unconscious authoritarian, hierarchical, and self-interest actions AND emotions. The lies feed into these moral ideas, so the lies are accepted because they fit the frame!
Here’s the problem with the author’s conclusion – no matter how true and correct any kind of counterfactuals may be, they will be unconsciously rejected to PRESERVE THE FRAME. That’s how we evolved to behave.
The only way to effectively counter the lie, is to change the frame to that of empathy and caring for others, and present facts that support the empathetic frame. This would suppress the authoritarian lies due to mutual inhibition.
Food for thought, and action.
Scott Wittkopf, Frame for the Future

onald Trump’s elastic connection to reality was richly on display in his interview with Time magazine, published on Thursday. Much of what the president said was unsurprising – that is, to those who have spent the past two months radically recalibrating their standards of what counts as presidential speech.

Devoted to the topic of “truth and falsehoods”, the interview gave the president a chance to substantiate or explain his most offensive deformations of the factual record – that Muslims danced in the streets of the New Jersey as the Twin Towers crumbled, that 3 million undocumented aliens threw the popular vote in Hillary Clinton’s favor, that Ted Cruz’s father trucked with Lee Harvey Oswald, and that Barack Obama tapped the phone of then candidate Trump.

Trump describes himself as a “very instinctual person”, and however we parse this obscure characterization of self, we should acknowledge the president’s peculiar gift at concocting verbal mayhem.

Predictably, the president offered nothing in the way of substantiation or contrition. Instead, he overwhelmed his interviewer with such a profusion of misstatements, half-truths, dodges and red herrings that one grows dizzy trying to untangle it all.

Our first impulse might be to run this verbal stew through a fact-checking rinse. But as Spinoza once said about scripture, sometimes it’s better to study a text for its meaning, not its truth.

In this regard, the Time interview is a particularly helpful document, as it provides unusual insight into the principles and deep structure of Trumpspeak, the untethered political discourse presently distorting our democracy.

What follows is an informal inventory of the most revealing quotes … 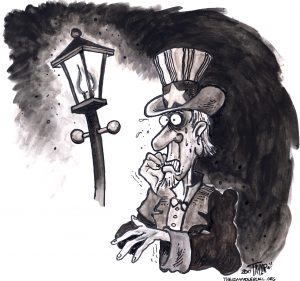 Gas Lighting America: How To Resist By Keeping Your Sanity In Trump’s Crazy Making America

Right now, many Americans listening to their president are experiencing what I experienced frequently a child. Nothing means anything, and reality is being canceled. There is confusion, there is chaos, everything is upside down and inside out. When facts and truth are being discredited, how is it possible to know what to believe, especially when it comes from someone we expect to embody both ethics and etiquette?

With gaslighting, it feels as though the ground is always shifting beneath you. There is no center of gravity. And while we’re being told up is down and black is white, the only way to make sense of it is to remain resolute. Let people have their alternative facts. You’ll stick to reality.

It’s obvious to those already initiated. To those new to the phenomena: the president and the current administration are gaslighting us. It’s a term we are hearing a lot of right now.

The term “gaslighting” refers to when someone manipulates you into questioning and second-guessing your reality. It derives from a 1944 movie – and the play and another film that preceded it – in which this happens to the heroine. What perhaps people don’t understand is how to manage and cope with it. For me, all it’s very familiar. I know this behavior well and I know how to navigate it. …

(Commoner Call cartoon and graphic by Mark L. Taylor, 2017. Open source and free to use with link to www.thecommonercall.org )