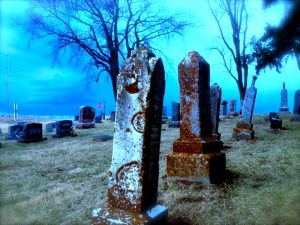 In 2015, when researchers Ann Case and Angus Deaton discovered that death rates had been rising dramatically since 1999 among middle-aged white Americans, they weren’t sure why people were dying younger, reversing decades of longer life expectancy.

Now the husband-and-wife economists say they have a better understanding of what’s causing these “deaths of despair” by suicide, drugs and alcohol.

In a follow-up to their groundbreaking 2015 work, they say that a lack of steady, well-paying jobs for whites without college degrees has caused pain, distress and social dysfunction to build up over time. The mortality rate for that group, ages 45 to 54, increased by a half-percent each year from 1999 to 2013.

But whites with college degrees haven’t suffered the same lack of economic opportunity, and haven’t seen the same loss of life expectancy. The study was published Thursday in Brookings Papers on Economic Activity.

Case and Deaton, who are both at Princeton University, spoke with NPR’s David Greene about what’s driving these trends. The interview has been edited for brevity and clarity.

Link to Story and 5-Minute Audio