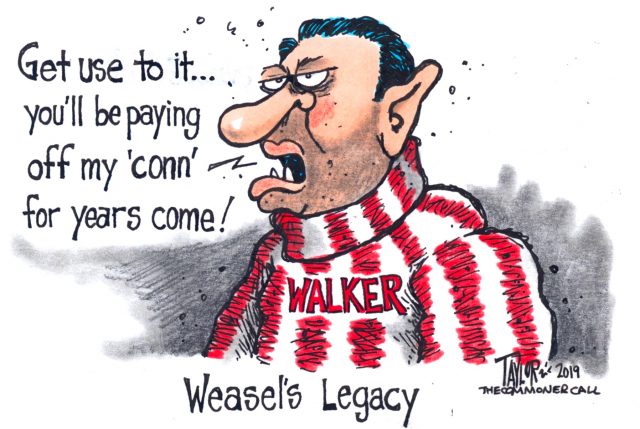 On Wednesday, Crain’s Chicago Business analyzed the floundering remnants of the deal, once touted by President Donald Trump, to build a Foxconn electronics factory in southern Wisconsin — not far from the city of Kenosha, where a police shooting and racial injustice have recently defined the national conversation.

“With the help of $4.5 billion in state subsidies—more than Wisconsin spends on its state university system and prisons together each year — along with rolled-back environmental regulations, the CEO, Terry Gou, promised jobs for 13,000 new workers eventually. Total Foxconn investment: $10 billion or more,” wrote H. Lee Murphy. “The facility’s planning once drew the nonstop attention of media and Wisconsin politicians — most Democrats opposed it and the tax breaks — but as the first building prepares to open, the firestorm of attention has died down, as though the drama has devolved into anticlimax.”

“Instead of 20 million feet, the company is poised in coming weeks to finally open its first building,” said the report — but it won’t be manufacturing electronics. Instead, the facility will produce masks and ventilators to fight COVID-19 — and according to local observers, it will probably only employ hundreds of people, rather than the promised 13,000. …