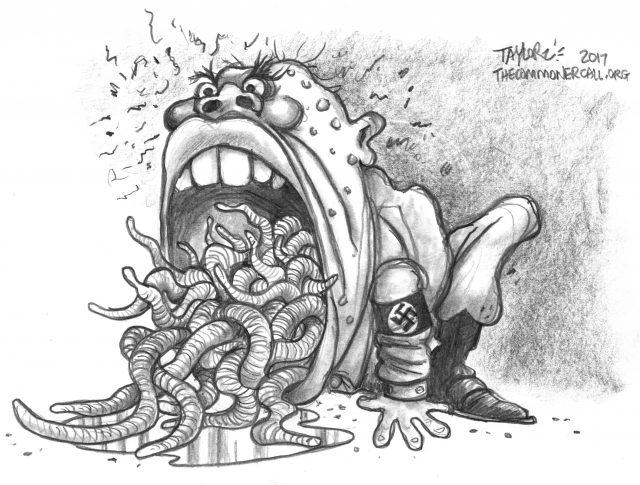 The success of the radical right has been built upon the backs of those it demonises.

A whole ecosystem has grown up around the radical right as it has surged in visibility this century. The radical right can lay claim to its own stable of media personalities and political superstars, not to mention the social media platforms and political parties that cater to them. Its growth has been powered, in part, by some of the same social institutions that characterize and support mainstream culture: the political system itself, where many radical right parties attempt participation and in many countries field candidates; and the culture of social media, where followers can number in the millions. At times the radical right can rival mainstream actors in popularity and at times can even be indistinguishable from it.

As the radical right has captured media attention, it has likewise provoked heated opposition. Our report from the Centre for Analysis of the Radical Right (CARR), entitled “Faces” of the Radical Right and now freely available shows just how far the radical right has expanded in reach and transnational influence in advancing political parties, organisations, and ideologues. The report makes use of photographs, graphs, and charts as it seeks to give order to what is by its nature a disordered subject.

We should not assume that the radical right will collapse under the weight of its many internal conflicts and contradictions.

The CARR report takes up both the racist, reformist radical right and the revolutionary, fascist extreme right while acknowledging that one shades into the other, and that some groups stand astride the very line that separates them. It shows that radical right groups are nativist and xenophobic and favour cultural and ethnic homogeneity. Their targets are those perceived to have contributed to national and political decline: corrupt or liberal elites, as well as Muslims and other immigrants or ethnic and religious minorities. Radical right parties typically compete in elections and seek to work within the existing constitutional structure of a country.

While sharing the “sense of national decadence and a hostile attitude to minorities,” the extreme right parts company with the radical right in its opposition to constitutional democracy and in its endorsement of violence, which is inherent in revolutionary fascism’s efforts to overthrow the system and bring about an authoritarian state. By these measures, neo-Nazism is similarly classified as part of the extreme right, and has witnessed a resurgence over the last decade. Standing in the middle are groups like Britain First (BF), a UK radical right political party founded in 2011, which “operate on the cusp between radical and extreme right, tacitly endorsing violence without openly calling for it.”

So are all of these groups “radical right”? How is this term understood?

The second part of the CARR report addresses this question, cataloguing literally scores of definitions of the radical right that have been put forward since the 1950s. Yet to date, finding a universally satisfactory understanding of the term has proved elusive. Agreement has not yet coalesced around a single formulation (and is unlikely to); meanwhile, proposed definitions continue apace. In trying to find common ground, both historically and transnationally, our report suggests that “[t]he radical right, taken generally, is defined by its hostility towards those it perceives as weakening the nation state or ‘race’, notably immigrants, ethnic minorities, Muslims and Jews.” Indeed, this negative proposition — which seeks to define the term according to what the radical right stands against, rather than what it stands for — holds true for a great many actors, groups, parties, and movements comprising the radical right. Even when a stated goal of the radical right seems positive, it is often the euphemising of a negative goal. For example, Richard Spencer’s call for an ethno-state is, at bottom, a negative call for ethnic cleansing.

Our CARR report further contends that, today, “Muslims are often the main target of radical right attacks as a symbol of a growing ‘enemy within’ as either a direct threat to the nation or as seeking to dilute and degrade the nation’s traditional ethnic and cultural DNA.” This is borne out by evidence provided across the report. The catalogue of names included in our report also highlights the fact that hostility toward Muslims — the default scapegoats of our time — can take the form of non-violent activity or outright violence. Islamophobia, however, is but one of a long list of radical right prejudices against minority ethnicities, and institutions. Opposition to one or more of those in the targeted list, as well as to the philosophies that support them, characterizes almost all factions that comprise the radical right (as well as the extreme right).

Besides standing in opposition and open hostility to the “other,” what unites many of the otherwise disparate or even antagonistic elements within the radical right is conspiracism, where the alleged plotters are elites, Jews, or Muslims. Notable among these conspiracy theories is the “Great Replacement” theory, according to which the replacement of whites by Muslims in the West is being secretly carried out by elites. This is a view expressed by the counter-Jihad movement, Generation Identity, and more mainstream voices like Katie Hopkins. The closely-related “white genocide” conspiracy theory also finds supporters in Gavin McInnes, Stefan Molyneux, InfoWars, and Patrick Crusius. …