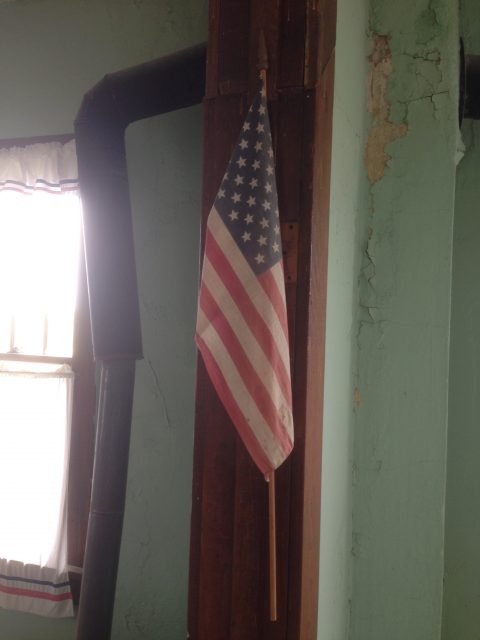 COVID-19 didn’t lay America low; it simply revealed what had long been forsaken.

Never in our lives have we experienced such a global phenomenon. For the first time in the history of the world, all of humanity, informed by the unprecedented reach of digital technology, has come together, focused on the same existential threat, consumed by the same fears and uncertainties, eagerly anticipating the same, as yet unrealized, promises of medical science.

In a single season, civilization has been brought low by a microscopic parasite 10,000 times smaller than a grain of salt. COVID-19 attacks our physical bodies, but also the cultural foundations of our lives, the toolbox of community and connectivity that is for the human what claws and teeth represent to the tiger.

Our interventions to date have largely focused on mitigating the rate of spread, flattening the curve of morbidity. There is no treatment at hand, and no certainty of a vaccine on the near horizon. The fastest vaccine ever developed was for mumps. It took four years. COVID-19 killed 100,000 Americans in four months. There is some evidence that natural infection may not imply immunity, leaving some to question how effective a vaccine will be, even assuming one can be found. And it must be safe. If the global population is to be immunized, lethal complications in just one person in a thousand would imply the death of millions.

The elite one percent of Americans control $30 trillion of assets, while the bottom half have more debt than assets. The three richest Americans have more money than the poorest 160 million of their countrymen. Fully a fifth of American households have zero or negative net worth, a figure that rises to 37 percent for black families.

Pandemics and plagues have a way of shifting the course of history, and not always in a manner immediately evident to the survivors. In the 14th Century, the Black Death killed close to half of Europe’s population. A scarcity of labor led to increased wages. Rising expectations culminated in the Peasants Revolt of 1381, an inflection point that marked the beginning of the end of the feudal order that had dominated medieval Europe for a thousand years.

The COVID pandemic will be remembered as such a moment in history, a seminal event whose significance will unfold only in the wake of the crisis. It will mark this era much as the 1914 assassination of Archduke Ferdinand, the stock market crash of 1929, and the 1933 ascent of Adolf Hitler became fundamental benchmarks of the last century, all harbingers of greater and more consequential outcomes.

Facing a choice between economic and biological survival

COVID’s historic significance lies not in what it implies for our daily lives. Change, after all, is the one constant when it comes to culture. All peoples in all places at all times are always dancing with new possibilities for life. As companies eliminate or downsize central offices, employees work from home, restaurants close, shopping malls shutter, streaming brings entertainment and sporting events into the home, and airline travel becomes ever more problematic and miserable, people will adapt, as we’ve always done. Fluidity of memory and a capacity to forget is perhaps the most haunting trait of our species. As history confirms, it allows us to come to terms with any degree of social, moral, or environmental degradation.

To be sure, financial uncertainty will cast a long shadow. Hovering over the global economy for some time will be the sober realization that all the money in the hands of all the nations on Earth will never be enough to offset the losses sustained when an entire world ceases to function, with workers and businesses everywhere facing a choice between economic and biological survival.

Unsettling as these transitions and circumstances will be, short of a complete economic collapse, none stands out as a turning point in history. But what surely does is the absolutely devastating impact that the pandemic has had on the reputation and international standing of the United States of America.

In a dark season of pestilence, COVID has reduced to tatters the illusion of American exceptionalism. At the height of the crisis, with more than 2,000 dying each day, Americans found themselves members of a failed state, ruled by a dysfunctional and incompetent government largely responsible for death rates that added a tragic coda to America’s claim to supremacy in the world. …