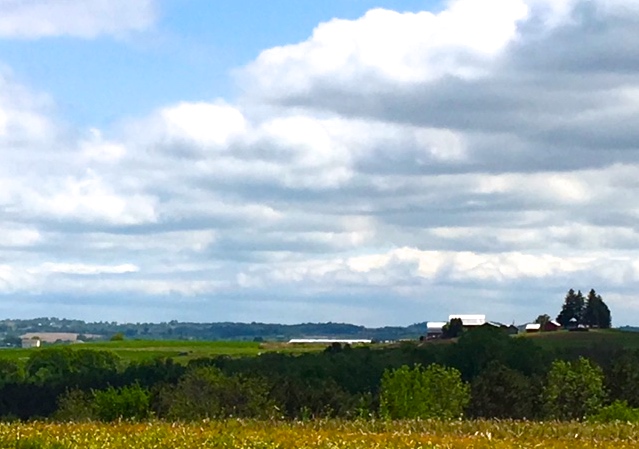 As rural southwest Wisconsin’s fortunes have declined, its political importance has grown.

Last October, Jerry Volenec, a dairy farmer from southwestern Wisconsin, took the morning off to go to Madison for the World Dairy Expo, an annual cattle-judging contest and trade show. Volenec wanted to hear a town-hall discussion led by Sonny Perdue, Donald Trump’s Secretary of Agriculture, to learn how the Administration planned to address the economic crisis gripping Wisconsin’s family dairy farmers.

Volenec’s farm sits atop Bohemian Ridge, a jagged plateau named for the Czech immigrants who settled there in the late nineteenth century. Among them was Joseph Volenec, Jerry’s great-great-grandfather, who established the farm, in 1897. In the nineteen-fifties and sixties, Volenec’s grandfather milked a herd of sixteen cows; he could make a living because New Deal policies used price supports and other measures to boost farmers’ earnings and limit overproduction.

“We have concentrated and exported the wealth. Everyone sees it, but neither party has wrestled with it. One party exploited it, the other party has ignored it.”

Jerry Volenec always wanted to become a farmer. “You couldn’t keep me out of the barn,” he said. “I was milking cows by myself by the time I was fourteen.” By the early nineties, when Volenec began farming full time, the New Deal policies had largely been dismantled. The family increased its herd to about seventy, and Volenec’s father started paying him a salary, enough money for his education at the University of Wisconsin-Platteville, and to start an I.R.A. In 2000, Volenec installed a milking parlor, and since then he has increased the herd to three hundred and thirty cows. “We’re the biggest of the small guys,” Volenec, who is forty-five, with a sturdy build and a thin goatee, said. “But I was making more money, doing less work, when I started, twenty-five years ago. I’m basically paying myself living expenses now.”

Five years ago, the price of milk fell precipitously, accelerating the long unravelling of rural Wisconsin. Since 2010, the population in two-thirds of the state’s rural counties has decreased, leading to a shrinking workforce, fewer jobs and businesses, and slower income growth rates than in metro counties. More than seventy rural schools have closed, and for the past three years the state has led the country in family-farm bankruptcies. …

“It’s hard, because I’ve built my life around a system that I believe now is extremely problematic from an environmental, social, even a personal level. It’s not the farming that I was brought up with. It’s not really even farming anymore. It’s mining. We’re extracting resources and shipping them away, and they’re not coming back. There’s no cyclical nature to it. It’s a straight line out.”