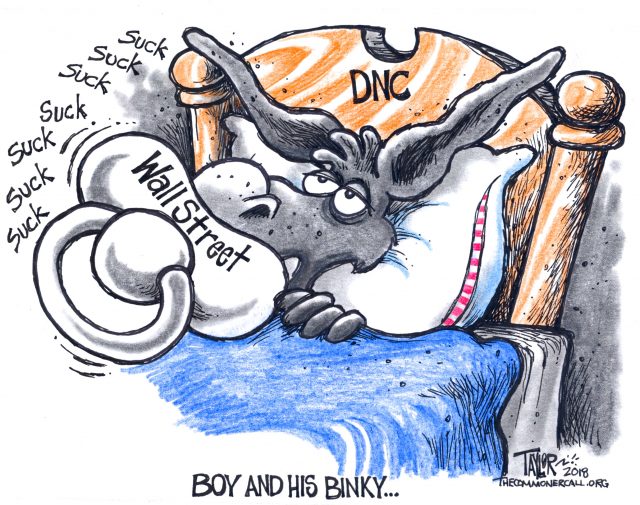 Democratic lawmakers have received $86 million from donors in the health care industry since 2019, according to OpenSecrets. That’s an average of $310,000 per politician.

On the eve of a Democratic National Convention taking place as millions lose health care coverage, the health care industry is launching a new ad campaign pressing Democrats to back off the party’s already compromised health care promises. That pressure seems to be having its intended effect on Capitol Hill as congressional aides say the party will not push the initiative if Biden wins. The signs of retreat come as health care industry profits are skyrocketing and the industry’s campaign cash has flooded into Democratic coffers.

The Partnership for America’s Health Care Future (PAHCF) — a front group created by health insurance, pharmaceutical and hospital lobbying groups to oppose “Medicare for All” —  announced on Friday that it is launching a new national ad campaign to persuade Democrats to abandon their plans to create a public health insurance plan. The group said it will run ads during the Democratic National Convention (DNC) this week. PAHCF is led by a former Hillary Clinton aide and run out of the offices of a D.C. lobbying firm led by former top Democratic congressional aides.

If the promises and subsequent retreat seem familiar, that’s because the situation echoes what happened a decade ago. During the 2008 election, Barack Obama’s platform included a promise to create a public health care option — a promise he later pretended he never made.

A substantial “public option” plan — which polls show is wildly popular — was the centerpiece of recent policy negotiations between supporters of former Vice President Joe Biden and progressive Vermont Sen. Bernie Sanders, who had been pushing for a more expansive Medicare for All program. A draft of the party platform, approved by DNC members late last month, includes a pledge to pass a public option, or a government-run health insurance plan that would compete with private insurers.

Within 24 hours of the launch of the industry’s new ads, however, anonymous Democratic congressional sources were telling The Hill that Democrats likely won’t bother with the public option fight next year if Biden wins the election. Instead, they said the party will instead work to tweak the party’s 2010 health care law, the Affordable Care Act (ACA), which has done little to limit insurance or hospital costs and has failed to ensure universal coverage.

To justify the preemptive retreat, Democratic congressional aides told the newspaper that the party’s moderate crop of 2020 Senate challenger candidates could make it harder to pass a public option. That assertion comes even though every single one of those candidates is currently campaigning in support of a public option, according to a TMI review of campaign statements.

The situation echoes the Democratic promises and subsequent surrender on a public option that marked the debate over health care more than a decade ago — only this time around, the health care crisis is an even more acute emergency. While most developed countries have managed to contain COVID-19, the pandemic is spiraling out of control in the U.S. and an estimated 27 million people have lost their employer-based health insurance plans, according to the Kaiser Family Foundation.

At the same time, the coronavirus crisis has been a boon for much of the corporate health care industry — particularly for insurance companies and drugmakers, but also for some investor-owned hospital companies. As PAHCF gears up to fight the public option, the interests the group represents have been generating outsized profits and benefiting from massive federal assistance. …

(Commoner Call cartoon by Mark L. Taylor, 2018. Open source and free for non-derivative use with link to www.the commonercall.org )

How the race to develop treatments and a vaccine will create a historic windfall for the industry — and you will pay the price.

On June 29th, 2020, while America remained transfixed by anti-police protests, the chairman and CEO of the pharmaceutical company Gilead issued a much-anticipated announcement. In a breezy open letter, Daniel O’Day explained how much his company planned on charging for a course of remdesivir, one of many possible treatments for Covid-19. “In the weeks since we learned of remdesivir’s potential against Covid-19, one topic has attracted more speculation than any other: what price we might set for the medicine,” O’Day wrote, before plunging into a masterpiece of corporate doublespeak.

The CEO noted a study by the National Institute of Allergy and Infectious Diseases, a division of the National Institutes of Health, showing that Covid-19 patients taking remdesivir recovered after 11 days, compared with 15 days for placebo takers. In the U.S., he wrote, “earlier hospital discharge would result in hospital savings of approximately $12,000 per patient.”

A substantial portion of research and development for new drugs is funded by the state, which then punts its intellectual work to private companies, who are then allowed to extract maximum profits back from the same government.

The hilarious implication seemed to be that by shortening hospital stays by four days on average, remdesivir was worth $48,000 a dose. That O’Day might come to such a conclusion was not outlandish. Gilead became infamous a few years ago for charging $84,000 per course of treatment for Sovaldi, a “groundbreaking” hepatitis-C drug. The company’s policies for pricing have more than once prompted congressional hearings, as in the case of Truvada, a drug to combat HIV transmission that was developed in part with the aid of government grants and that earned Gilead more than $30 billion in revenue. Would they try something similar at a time of unprecedented medical terror with one of the few available Covid-19 treatments?

No, as it turned out. Although “we can see the value that remdesivir provides” — i.e., we could have charged $48,000 per dose — Day wrote, “we have decided to price remdesivir well below this value.” He went on to say that to “ensure broad and equitable access at a time of urgent global need,” Gilead had generously decided to place the price for remdesivir at a measly $3,120 per patient.

Investors were bummed. Gilead even undercut the prediction of the Institute for Clinical and Economic Review (ICER), a watchdog that calculated a fair price for remdesivir at $4,500 per course of treatment. When Gilead announced a price below that level, it caused a tremor on Wall Street, as its share price fell. The company had already offended the Gods of Capitalism by donating hundreds of thousands of existing doses of remdesivir to the government. What self-respecting American corporation voluntarily undermines its own market?

Not Gilead, as it turns out, and really, not any pharmaceutical company. What Americans need to understand about the race to find vaccines and treatments for Covid-19 is that in the U.S., even when companies appear to downshift from maximum greed levels — and it’s not at all clear they’ve done this with coronavirus treatments — the production of pharmaceutical drugs is still a nearly riskless, subsidy-laden scam. …

Read The Rest And 28-Minute Audio