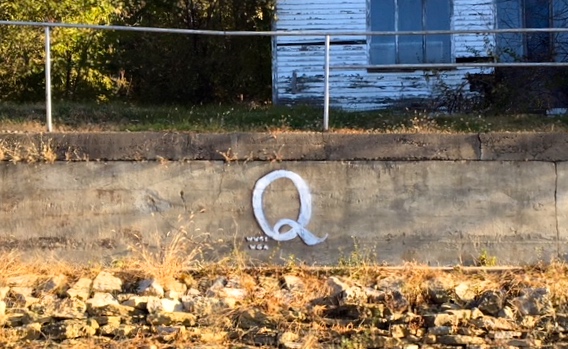 Conspiracy theories have always woven their way through American history. But with the internet, and the emergence of QAnon, they’ve run wild.

The Atlantic: “The Prophecies of Q” — “The origins of QAnon are recent, but even so, separating myth from reality can be hard. One place to begin is with Edgar Maddison Welch, a deeply religious father of two, who until Sunday, December 4, 2016, had lived an unremarkable life in the small town of Salisbury, North Carolina.”

Washington Post: “How the Trump campaign came to court QAnon, the online conspiracy movement identified by the FBI as a violent threat” — “Outside the Las Vegas Convention Center, Kayleigh McEnany raised a microphone to a mega-fan and asked what it felt like to be acknowledged by President Trump at his February rally in Sin City.”

Commoner Call photo by Mark L. Taylor, 2020. Open source and free for non-derivative use with lin to www.thecommonercall.org )