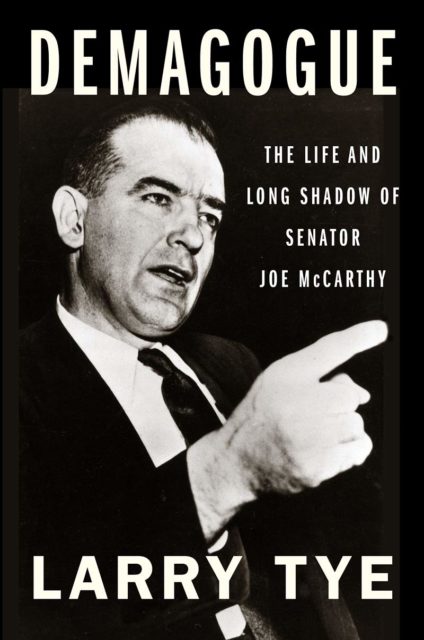 A Look At The Long Shadow Of Wisconsin’s Joe McCarthy.

Mirror, mirror on the wall, who’s the most dangerous demagogue of them all? Father Coughlin? Huey Long? Joe McCarthy? Donald Trump?

In this week’s WhoWhatWhy podcast, biographer Larry Tye (Demagogue: The Life and Long Shadow of Senator Joe McCarthy) argues that, for those who are staggered by Trump’s transgressions, there’s serious competition that an older generation can cite: Joe McCarthy. The Wisconsin senator mastered the art of vicious personal attacks with no evidence, destroyed lives and careers, saw communists everywhere, stoked fear and racism — and even intimidated President Eisenhower, who feared going up against McCarthy until it was too late.

According to Tye, there is a reason we still use “McCarthyism” to personify outrageous charges, guilt by association, and the politics of character assassination.

Tye also talks about the human side of McCarthy, his real political beliefs, how he was shaped by his youth in Wisconsin, and how easy it was for him and demagogues in general to believe their own lies.

Past was certainly prologue six decades ago as McCarthy whipped the nation into a frenzy of paranoia, accusations, false loyalty, and personal terror. It all sounds very familiar, especially when Tye explains how Roy Cohn played shortstop in throwing the ball from McCarthy to Trump.

Link To Story And 28-Minute Audio