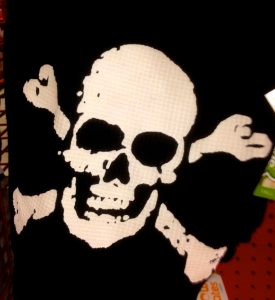 Over 60 commercial hand sanitizers have been discovered to contain methanol, which can be deadly.

Most hand sanitizers contain some form of alcohol, a disinfectant; yet as any distiller will tell you, not all alcohols are created equal. Inexperienced or unscrupulous chemists may accidentally create toxic alcohols, including one which can cause blindness.

Something like this appears have happened during the production of some hand sanitizer, a hot commodity during the global pandemic. Recently, the Food and Drug Administration (FDA) warned that some hand sanitizers that are labeled as containing ethanol (also known as ethyl alcohol, and what is in spirits) have tested positive for methanol, also known as wood alcohol. According to the FDA’s recall list, there are 69 hand sanitizer products that they advise consumers not to use. On July 15, two more products were added to the list, both from manufacturer MXL Comercial SA de CV, which is based in Guanajuato, Mexico.

“Methanol [wood alcohol] can make you very very sick, with nausea and vomiting and headache. . . . you can get central nervous system toxicity with seizures.”

“Consumers and health care providers should not use methanol-containing hand sanitizers,” said FDA Commissioner Stephen M. Hahn, M.D. in a statement on July 2. “The FDA remains committed to working with manufacturers, compounders, state boards of pharmacy and the public to increase the safe supply of alcohol-based hand sanitizers.”

The precipitous increase in demand for hand sanitizer has made it a profitable pandemic business endeavor. Yet the possibility of methanol in some hand sanitizers could have some seriously grave, and sometimes deadly, consequences.

“It has a number of toxic effects, nausea, vomiting, headaches, blindness seizures, and coma,” Aline Holmes, a professor of nursing at Rutgers University School of Nursing, told Salon in an interview. “It’s especially deadly for children because even if they just touch a little bit, it could be absorbed through their skin . . . they put everything in their mouth, so even if they just accidentally had some on their hands and they put it in their mouth, it could be very deadly.” …