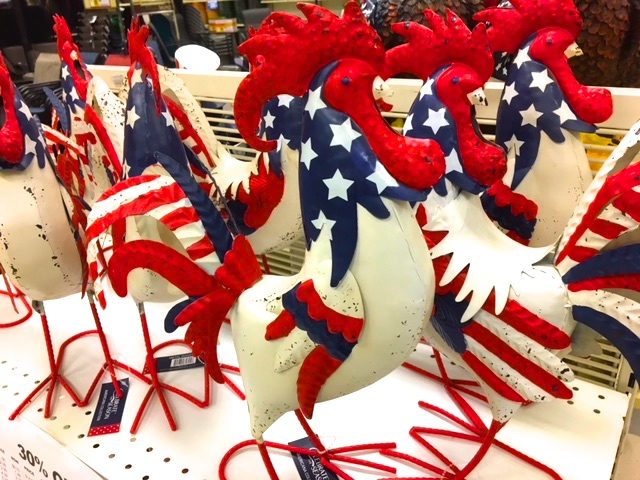 On the show this week, Chris Hedges discusses the nature of patriotism with West Point graduate and US Army combat veteran, Danny Sjursen.

Sjursen’s newest book “Patriotic Dissent: America In The Age Of Endless War” will be published September 8, 2020.

It was June 20th and we antiwar vets had traveled all the way to Tulsa, Oklahoma, in the midst of a pandemic to protest President Trump’s latest folly, an election 2020 rally where he was to parade his goods and pretend all was well with this country.

We never planned to go inside the cavernous arena where that rally was to be held. I was part of our impromptu reconnaissance team that called an audible at the last moment. We suddenly decided to infiltrate not just the perimeter of that Tulsa rally, but the BOK Center itself. That meant I got a long, close look at the MAGA crowd there in what turned out to be a more than half-empty arena.

Our boots-on-the-ground coalition of two national antiwar veteran organizations — About Face and Veterans for Peace (VFP) — had thrown together a rather risky direct action event in coordination with the local activists who invited us.

We planned to climb the three main flagpoles around that center and replace an Old Glory, an Oklahoma state flag, and a Tulsa one with Black Lives-themed banners. Only on arrival, we found ourselves stymied by an eleventh-hour change in the security picture: new gates and unexpected police deployments. Hopping metal barriers and penetrating a sizable line of cops and National Guardsmen seemed to ensure a fruitless trip to jail, so into the under-attended indoor rally we went, to — successfully it turned out — find a backdoor route to those flagpoles.

The banners were even more aggressive. “Trump 2020: Fuck Your Feelings” was a fan favorite. Another popular one photo-shopped The Donald’s puffy face onto Sylvester Stallone’s muscle-bound physique, a machine gun at his hip.

Once inside, we had time to kill. While others in the group infiltrated and the flagpole climbers donned their gear, five of us — three white male ex-foot soldiers in America’s forever wars and two Native American women (one a vet herself) — took a breather in the largely empty upper deck of the rally. Nervous joking then ensued about the absurdity of wearing the Trump “camouflage” that had eased our entrance. My favorite disguise: a Hispanic ex-Marine buddy’s red-white-and-blue “BBQ, Beer, Freedom” tank top.

The music irked me instantly. Much to the concern of the rest of the team, I’d brought a notebook along and was already furtively scribbling. At one point, we listened sequentially to Michael Jackson’s “Billie Jean,” The Beatles’ “Let It Be,” and Queen’s “We Are The Champions” over the arena’s loudspeakers. I couldn’t help but wonder how those artists would feel about the way the Trump campaign had co-oped their songs. We can guess though, since the late Tom Petty’s family quickly denounced the use of his rock song “I Won’t Back Down” at the rally.

I watched an older white woman in a “Joe Biden Sucks, Nancy Pelosi Swallows” T-shirt gleefully dancing to Michael Jackson’s falsetto (“But the kid is not my son!”). Given that “Billie Jean” blatantly describes an out-of-wedlock paternity battle and that odds were this woman was a pro-life proponent of “family values,” there was something obscene about her carefree shimmy.

A Contrast in Patriotism

And then, of course, there was the version of patriotism on display in the arena. I’ve never seen so many representations of the Stars and Stripes in my life, classic flags everywhere and flag designs plastered on all manner of attire. Remember, I went to West Point. No one showed the slightest concern that many of the red-white-and-blue adaptations worn or waved strictly violated the statutes colloquially known as the U.S. Flag Code (United States Code, Title 4, Chapter 1).

That said, going undercover in Trumplandia means entering a universe in which it’s exceedingly clear that one political faction holds the flag hostage. They see it as theirs — and only theirs. They define its meaning, its symbolism, and its proper use, not to speak of whom it represents. The crowd, after all, was vanilla. (There were more people of color serving beers than cheering the president.)

By a rough estimate, half of the attendees had some version of the flag on their clothing…