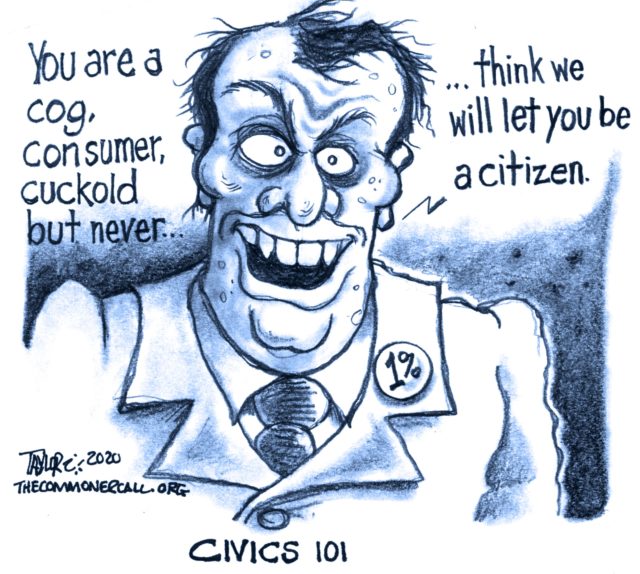 This pandemic has exposed what has long been true: On the global stage, America is the exception, but not in the way we would like to believe.

[Editor’s Note: The one thing Reich does not mention in this list of American failure is that it is a bipartisan failure; both Republicans and Democrats are responsible. While it is easy to focus on the myriad, ever-cascading craplist of Trump failures, never forget that when it comes to issues of war and enriching the corporations there isn’t a frog’s hair of difference between the R’s and the D’s. They have both created the mess and are now both blithely ignoring the suffering that has resulted. — Mark L. Taylor]

As our incompetent president flounders in the face of crises – leading the worst coronavirus response in the industrialized world, and seeking to crush nationwide protests for black lives – the hard truth about this country comes into focus: America is not exceptional, but it is the exception.

No other industrialized nation was as woefully unprepared for the pandemic as was the United States. With 4.25% of the world population, America has the tragic distinction of accounting for about 30% of pandemic deaths so far.

Why are we so different from other nations facing the same coronavirus threat? Why has everything gone so tragically wrong in America?

Part of it is Donald Trump.

He and his corrupt administration repeatedly ignored warnings from public health experts and national security officials throughout January and February, only acting on March 16th after the stock market tanked. Researchers estimate that nearly 36,000 deaths could have been prevented if the United States had implemented social distancing policies just one week earlier.

No other industrialized nation has so drastically skirted responsibility by leaving it to subordinate units of government – states and cities – to buy ventilators and personal protective equipment.

In no other industrialized nation have experts in public health and emergency preparedness been muzzled and replaced by political cronies like Trump’s son-in-law, Jared Kushner, who in turn has been advised by campaign donors and Fox News.

In no other industrialized nation has Covid-19 so swiftly eviscerated the incomes of the working class. Around the world, governments are providing generous income support to keep their unemployment rates low. Not in the U.S. Nearly 40 million Americans have lost their jobs so far, and more than 30% of American adults have been forced to cut back on buying food and risk going hungry.

At best, Americans have received one-time checks for $1,200, about a week’s worth of rent, groceries and utilities. After a massive backlog, people finally started collecting their expanded unemployment benefits – just in time for the expansion to expire with little to no chance of being renewed.

In no other nation is there such chaos about reopening. While Europe is opening slowly and carefully, the U.S. is opening chaotically, each state on its own. Some are lifting restrictions overnight.

And not even a global pandemic can overshadow the racism embedded in this country’s DNA. Even as black Americans are disproportionately dying from coronavirus, they have nonetheless been forced into the streets in an outpouring of grief and anger over decades of harsh policing and unjust killings.

As protests erupted across the country in response to more police killings of unarmed black Americans, the protesters have been met with even more police violence. Firing tear gas into crowds of predominantly black protesters, in the middle of a pandemic caused by a respiratory virus that is already disproportionately hurting black communities, is unconscionably cruel.

Indeed, a lot of the responsibility rests with Trump and his hapless and corrupt collection of grifters, buffoons, sycophants, lobbyists and relatives.

But the problems at the core of our broken system, laid bare by this pandemic, have been plaguing this country long before Trump came along.

America is the only industrialized nation without guaranteed, universal healthcare.

No other industrialized nation insists on tying health care to employment, resulting in tens of millions of U.S. citizens losing their health insurance at the very moment they need it most.

We’re the only one out of 22 advanced nations that doesn’t give all workers some form of paid sick leave.

Average wage growth in the United States has long lagged behind average wage growth in most other industrialized countries, even before the pandemic robbed Americans of their jobs and incomes. Since 1980, American workers’ share of total national income has dropped more than in any other rich nation.

So who and what’s to blame for the largest preventable loss of life in American history?

It’s decades of America’s failure to provide its people the basic support they need, decades of putting corporations’ bottom lines ahead of workers’ paychecks, decades of letting the rich and powerful pull the strings as the rest of us barely get by.

This pandemic has exposed what has long been true: On the global stage, America is the exception, but not in the way we would like to believe.