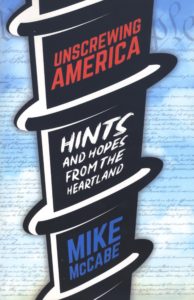 “We’ve got to deal with the fact that we live in a country that started with a constitution that said people could be property. And once that constitution was amended and slavery was abolished, those who sought that kind of economic and social control weren’t about to embrace equality. They went about constructing Jim Crow. They went about building segregation laws that would allow them to continue to exercise that control. And once Jim Crow was swept away by the civil rights legislation of the 1960’s, they didn’t embrace equality. They went about building a new structure, and that structure stands on some pretty sturdy legs. It stands on voter suppression policies that have been created. It stands on mass incarceration. It stands on an evolution of policing philosophy. Every squad car in America used to say ‘protect and serve.’ Now the philosophy of policing has become ‘intimidate and control’. That is the new Jim Crow. … We have to commit ourselves to cutting the legs out from underneath that new Jim Crow.”