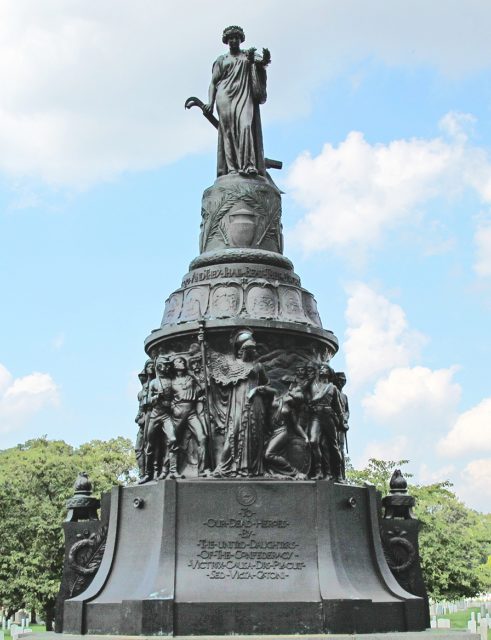 It is time to remove the monuments honoring murderous traitors, terrorists, rapists, torturers and war criminals.

My first fascination with history came in third grade when I first learned about the Civil War. I had Civil War blue and gray toy soldiers. My mother got me a book on the Civil War that I would get lost in. I eventually minored in American history in college and even taught high school history classes for a few years before going into journalism.

I would never claim to be a Civil War scholar, but before this week I would say that I was pretty damn familiar with the causes, course and consequences of the war. But then I stumbled across a fascinating talk by the American Civil Liberties Union top racial justice expert, Jeffery Robinson. I came to realize how woefully ignorant I have been about the Civil War.

A moral accounting of the Confederacy

In his 2017 talk, Robinson, who is Black, gives an amazing, detailed and — for a middle aged white guy watching it — eye-opening presentation on the true origins, motivations and detailed moral accounting of the Confederacy. I was humbled and embarrassed by how much I did not know. Far from being a noble campaign about states rights, as we hear from modern day racist defenders of the Old South, slavery –and the profits wrung from such a systemic, institutional barbaric system — was the reason for the war. The reason for the treason of Confederate ‘heroes’ like Robert E. Lee and traitorous outlaws like Jefferson Davis.

Certainly, I knew the States Rights BS was a smokes screen to obscure slavery, but truly, I had no idea just how open and blatantly unabashed the leaders of the Confederacy were about the slavery justification. Robinson lays it all out, in the words of the various Confederate leaders, slave holders, generals and southern businesses interests.

Robinson notes that in 1860 13% of those living in the United states were slaves. And it was their sweat, labor,  bodies and lives that laid down the financial foundation stones of an economic system that continues to benefit whites.

As Robinson notes repeatedly: Our American history has been stolen from us in all the lies and misrepresentations of the actual history of the Civil War. Much of it is hidden in plain sight, as with the monument pictured above to the Confederacy in — of all places — Arlington National Cemetery. Having that memorial there, on that sacred ground would be like having a memorial to Nazi troops in Arlington.

I strongly encourage you to watch this amazing talk and share it with your kids. If you are a teacher, look to getting it into your curriculum. This is a powerful and much-needed dose of truth for all Americans at this profound national moral moment.

I am more than half white, and none of it was consensual. White Southern men — my ancestors — took what they wanted from women they did not love, over whom they had extraordinary power, and then failed to claim their children.

NASHVILLE — I have rape-colored skin. My light-brown-blackness is a living testament to the rules, the practices, the causes of the Old South.

If there are those who want to remember the legacy of the Confederacy, if they want monuments, well, then, my body is a monument. My skin is a monument.

Dead Confederates are honored all over this country — with cartoonish private statues, solemn public monuments and even in the names of United States Army bases. It fortifies and heartens me to witness the protests against this practice and the growing clamor from serious, nonpartisan public servants to redress it. But there are still those — like President Trump and the Senate majority leader, Mitch McConnell — who cannot understand the difference between rewriting and reframing the past. I say it is not a matter of “airbrushing” history, but of adding a new perspective.

I am a black, Southern woman, and of my immediate white male ancestors, all of them were rapists. My very existence is a relic of slavery and Jim Crow. …