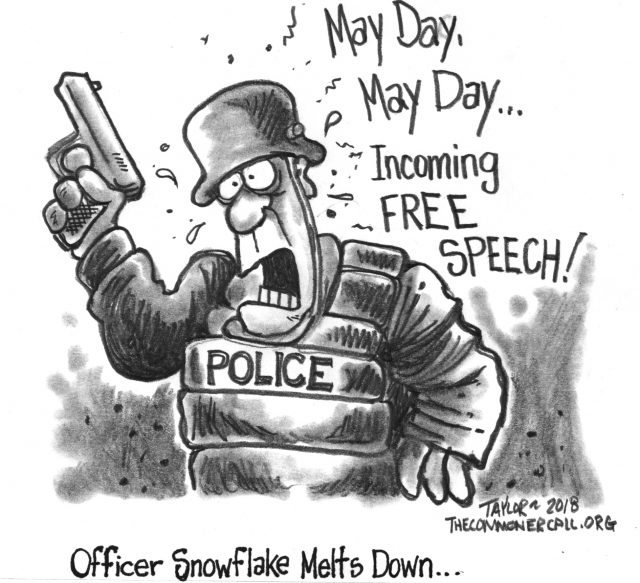 For centuries, the police have in fact been the tool of oppression wielded to crush working people.

The ultimate power of the labor movement lies in solidarity. Together, working people are strong. So what can the movement do in this moment of national struggle against racism and police violence? The obvious answer is to deny the power of solidarity to police unions, which function as barriers to the very reforms that Americans are now fighting for. The time has come to put police unions on a raft and set them adrift. Perhaps they can reapply for solidarity if they ever stop abusing the rest of us.

Earlier this week, my union, the Writers Guild of America, East (WGAE), formally called upon the AFL-CIO – America’s largest union coalition, representing 55 unions, including us – to expel police unions from its ranks. (I am one of the 21 elected WGAE council members who unanimously voted to approve this resolution, but I speak here only for myself.) We do not dispute the right of anyone to have a union, but police unions are incompatible with the AFL-CIO’s mission “to vanquish oppression”. For centuries, the police have in fact been the tool of oppression wielded to crush working people. A common thread that runs from striking union members getting their heads bashed in to the tragedy of George Floyd is the presence of aggressive and unaccountable police.

It is worth noting that the AFL-CIO’s own constitution says that affiliated unions can be kicked out if their activities “are consistently directed toward the achievement of the program or purposes of authoritarianism, totalitarianism, terrorism and other forces that suppress individual liberties and freedom of association and oppose the basic principles of free and democratic trade unionism”. When I read those words, I conjure up the image of the combative riot police who unjustly arrested multiple journalists and WGAE members who were peacefully covering the recent protests against police violence.

Unfortunately, getting police unions out of the broader labor movement will not be easy. The AFL-CIO immediately rejected the WGAE’s resolution with little discussion. Why? It is not as simple as the fear of losing members – the International Union of Police Associations has 100,000 members, a drop in the bucket of the AFL-CIO’s 12.5 million union members. Rather, the union establishment fears for its own existence.

To understand this, you have to keep in mind the fact that business interests have been waging a very successful campaign to destroy all unions for decades now. Union membership among private sector workers has plummeted to less than 7%; among public sector workers, however, more than 33% are in unions. Government workers are by far the strongest sector of organized labor. And big unions are determined not to allow any sort of attack on public sector union membership – even if those unions are police unions, who are protecting cops who beat and kill the rest of us. …

“We’re focused on the crime of being black, and poor.”

This past year has seen an enormous amount of attention paid to the toxic divide between police departments and the poor, black communities they serve. One thing we’ve learned is that tribal loyalty often prevents police officers from criticizing each other or their departments publicly—and at least sometimes, they lie when one of their own faces charges of misconduct. That’s why the recent emergence of Michael Wood Jr., a retired Baltimore cop, as a critic of law enforcement culture landed with impact: His voice was the relatively rare one that spoke with the knowledge of an insider but the unforgiving skepticism of an outsider.

In this video, you’ll meet Wood while he drives the streets of the city where he served as a police officer for 11 years, and hear him lay out his conception of what’s going wrong in the world of policing and how it could be made right.

Link To Story And 13-Minute Video