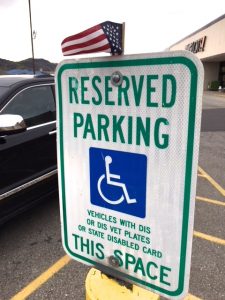 In late May, Mike Jackson collapsed on the job at Briggs & Stratton’s factory on Milwaukee’s Northwest Side. A few days later, on May 28, the 45-year-old father of eight died of COVID-19 after having worked for days or possibly weeks while he was ill with the deadly virus.

“Prior to that, he had been fighting to win protections against the spread of this pandemic in the workplace,” says Christine Neumann-Ortiz, director of Voces de la Frontera, the Milwaukee-based immigrant rights group, which conducted an online press conference on June 4 to draw attention to Jackson’s death.

His story shows that the viral illness, for which there is still neither a cure nor a vaccine, continues to lurk in the workplace even as businesses in Wisconsin and across the country are opening up under mounting political and economic pressure.

It also reflects an increasingly widespread reality of American workplaces: the pressure many workers may feel to keep going to work sick even when they should stay home and get well. Contributing  to that reality are attendance policies that penalize workers for staying home, even when they have a documented illness. Such a policy was in place at Briggs & Stratton.

A Briggs & Stratton spokesman tells the Wisconsin Examiner that, during the COVID-19 pandemic, the company has made safety paramount, and that Briggs has not penalized workers who have stayed home either because of the illness or fear of coming down with it.

But critics of policies that automatically penalize absence, regardless of the cause, report that workers have found them confusing and are unclear about policy details that can threaten their job security.  As a result, even well before the COVID-19 pandemic, some workers who fear being disciplined for taking a sick day have decided to go to work instead, risking their own health and that of their coworkers.

“It creates a power imbalance,” says Frank Kearl, a lawyer with Make the Road New York, an immigrant and worker rights group. Kearl represents Amazon workers there in disputes over the company’s leave and sick leave policies. Points-based absence policies are rare in New York City, he says, because of a city ordinance that requires all but the very smallest employers to provide 40 hours a year of paid leave for illness or for issues involving personal safety.

Elsewhere, though, variations on policies imposing discipline for absences, regardless of cause, have gained popularity. …