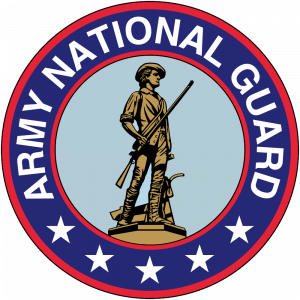 ‘What I saw was just absolutely wrong’

Pvt. Si’Kenya Lynch, a member of the D.C. National Guard, was on duty at Lafayette Square near the White House last Monday when U.S. Park Police cleared the area of protesters ahead of President Donald Trump’s now-infamous photo op.

Lynch said she supports the protests, and that her brother was among the demonstrators on the other side of the line, adding that “he coughed a lot” due to the tear gas fired into the crowd.

“I was happy to see him out there … to walk for me when I couldn’t,” she said, adding that if she hadn’t been activated as a citizen-soldier, she would have been among the protesters “to support the people, and I wanted to support what was right.”

“I’m here to support and defend the Constitution of the United States and what I just saw goes against my oath and to see everyone try to cover up what really happened. What I saw was just absolutely wrong.”

POLITICO spoke to 10 National Guardsmen who have taken part in the protest response across the country since the killing of George Floyd while in police custody. Many Guardsmen said they felt uncomfortable with the way they were used to handle the unrest because demonstrators lumped them in with the police. They felt that while they swore an oath to uphold the Constitution, their presence at times intimidated Americans from expressing their opinions and even escalated the tension.

And in the case of Guardsmen involved in the Lafayette incident, some felt used.

“As a military officer, what I saw was more or less really f—ed up,” said one D.C. Guardsman who was deployed to Lafayette Square last Monday and who, like some others, spoke on condition of anonymity to speak freely. The official line from the White House that the protesters had turned violent, he said, is false. …