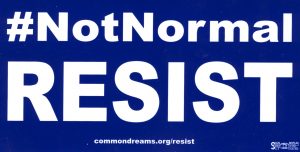 Trump is a swindler, but the Trumpocalypse of 2020 represents something a lot bigger and a lot worse than a swindle.

Have you ever known anyone swindled by a scam? It’s remarkable how determined they remain to defend the swindler, and for how long—and how they try to shift the blame to those who tried to warn them of the swindle. The pain of being seen as a fool hurts more than the loss of money; it’s more important to protect the ego against indignity than to visit justice upon the perpetrator. We human beings so often prefer a lie that affirms us to a truth that challenges us.

Americans are living now through the worst pandemic in a century and the severest economic crisis since the Great Depression. At every turn, President Donald Trump has made the crises worse. Had somebody else been president in December 2019—Hillary Clinton, Jeb Bush—fewer Americans would have met untimely deaths; fewer Americans would now be unemployed; fewer businesses would be heading toward bankruptcy.

On the eve of the 2016 election, a Pulitzer Prize–winning columnist opined in The Washington Post: “If Trump wins, he’ll be held more or less in check by the House and Senate, because that’s the way our system of government is set up. Not even Republicans are eager to follow Trump’s lead.”

I cite that column—published under the headline “Calm Down. We’ll Be Fine No Matter Who Wins”—not to single it out, but precisely because it was so un-singular. The keepers of the institutions could imagine Trump testing the system. They could not imagine the system failing the test.

And yet fail it did. The story of the Trump years is a story of institutions that failed. The Department of Justice failed. The inspectors general failed. Congressional oversight failed. The national-security establishment failed. The courts failed. Trump has done things that no previous American president would ever have dared, that no previous president sank low enough even to imagine. Sometimes he was stopped, more often not. But whether stopped or not in any particular case, he has never ceased pressing ahead to do even worse the next time.

The only check remaining is that of the 2020 ballot box. Not Trump alone, but the great political party behind him, is working to ensure that election is as unfree and unfair as possible. In that effort, they have mobilized the active or tacit support of millions of Americans. …