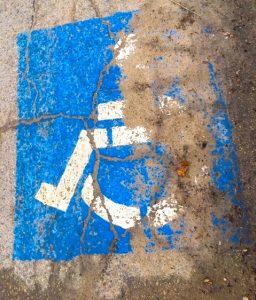 “…the biggest safety and health failure that has ever occurred in this country. The toll on working people is already enormous.”

ick Lucas’ cellphone chimed, alerting him to an emergency in the acute care unit. He wondered whether it would be another case of COVID-19.

He pulled on his thin surgical mask and dashed into a room where a patient was fighting to breathe.

Lucas, a critical care nurse, and his team at The Ohio State University Wexner Medical Center in Columbus worked quickly, finding a vein for an IV and pulling an oxygen mask over the patient’s mouth and nose as he coughed. Lucas had been instructed to wear the same surgical mask all day for all but the highest-risk procedures, such as intubating patients.

“We’re exposed,” Lucas, who is also a union official, said in a recent interview. “We’re terrified that we’re gonna end up in the bed right next to him with the same thing.”

Routine procedures, such as placing heart monitor leads on a patient’s chest or leaning in to start an IV, make it impossible for him to keep a safe distance. “We’re right there in that danger zone where all of those droplets and those aerosolized particles are hanging out,” he said. He can feel the air flow around the sides of his surgical mask as he breathes.

In the days leading up to the CDC’s decision, occupational health and aerosol experts urgently objected, desperately arguing that surgical masks would be insufficient.

Just a few days earlier, on March 10, facing a massive national shortage of personal protective equipment, the Centers for Disease Control and Prevention had downgraded its guidance, opening the door for hospitals to provide only surgical masks to health care workers treating confirmed or suspected COVID-19 patients. The announcement marked a dramatic departure from stricter CDC guidelines issued in February, which called for the use of N95 respirators or even more protective gear because it was unknown how the novel pathogen spread.

Lucas’ profound anxiety about getting exposed to the coronavirus underscores the vexing – and potentially lethal – circumstances America’s health care workers have faced since the CDC relaxed its guidelines, spawning a patchwork of policies in hospitals across the country. Some routinely provide N95 masks and full protective gear, while others provide most medical staff with only surgical masks. For example, the Wexner Medical Center’s guidance on April 2, obtained by Reveal from The Center for Investigative Reporting, acknowledged “widespread risk of transmission in the workplace,” yet indicated that most providers would be issued only a surgical mask, which should be reused as long as possible.

“If your mask is not grossly soiled, do not throw it away!” the document reads. (The medical center’s policy has since been revised.)

The CDC’s policy change was not driven by new scientific research. If anything, evidence of airborne transmission has accumulated as the pandemic has unfolded. It was driven instead by political pressure and fear of liability, Reveal has found. And the decision was hotly contested in advance by health and safety experts.

Before the CDC’s rollback, members of Congress urged the agency to relax the guidelines for protective gear for health care workers, citing the shortage. Several large hospital systems were also pushing for reconsideration of the guidelines. In the days leading up to the CDC’s decision, occupational health and aerosol experts urgently objected, desperately arguing that surgical masks would be insufficient.

Earlier coronaviruses, such as the 2003 outbreak of severe acute respiratory syndrome, or SARS, in China, were found to be transmitted by droplets of varying size, including tiny particles in the air. The CDC initially recommended N95 respirators for health care workers treating patients during the H1N1 flu pandemic in 2009.

Peg Seminario, who was the occupational safety and health and safety director of the AFL-CIO from 1990 until her retirement last year, said the CDC’s March policy, by giving license to hospitals to provide inadequate protection to health care providers, has triggered a workplace health crisis.

In her more than 40 years fighting to protect the health and safety of workers, Seminario confronted catastrophes such as the 9/11 attacks, which sickened and killed firefighters and first responders exposed to toxic dust after the World Trade Center collapsed. But she describes the nation’s coronavirus response as “the biggest safety and health failure that has ever occurred in this country. The toll on working people is already enormous.”

Seminario calls the CDC’s decision to loosen its guidelines “criminal.” “Now, because of the policies they’re pursuing, they’re not taking effective measures to get the equipment that’s needed,” she said. “You have health care workers getting sick, overwhelmed.”

When the CDC relaxed its guidelines, there was emerging evidence that the virus could be airborne. Since then, evidence of airborne transmission has mounted.  …