“When coronavirus came, Trump froze like a deer in the headlights”… Trump was “paralyzed” by his fear of dooming the stock market and killing his trade deal with China.

“So he failed to act, and the virus got out of control, and shut down the nation, and crushed the economy,” the ad continues, citing the nearly 100,000 American deaths and 38 million unemployment claims.

“Too scared to act, too panicked to tell the truth, too weak to lead,” the ad concludes.

“A president who can’t handle the crisis is no president at all.”

The New York Times presented “obituaries and death notices from newspapers around the country” in an attempt to “frame incalculable loss”.

“We knew we were approaching this milestone,” she (Graphics Desk assistant editor Simone Landon) added. “We knew that there should be some way to try to reckon with that number.”

“Putting 100,000 dots or stick figures on a page “doesn’t really tell you very much about who these people were, the lives that they lived, what it means for us as a country,” Ms. Landon said. So, she came up with the idea of compiling obituaries and death notices of Covid-19 victims from newspapers large and small across the country, and culling vivid passages from them.

Using this link to the online version of the article allows a reader to scroll chronologically through the three months of coronavirus history that has already claimed 100,000 lives in such a short time. Three months – “an average of 1,100 deaths a day”.

As you scroll you’ll see the added comments:

“A number is an imperfect measure when applied to the human condition…it can never convey the individual arcs of life, the 100,000 ways of greeting the morning and saying good night.”

“This highly contagious virus has forced us to suppress our nature as social creatures…it has denied us the grace of being present for a loved one’s last moments…the sacred ritual of how we mourn.”

It is a powerful message as we struggle to come to terms with the experience and somehow form a picture of what we can expect. Many envision a return to normal, while others hope the experience allows us to shape a better future. If we are older maybe we fear we’ll lose what we have worked for to see out our lives and provide for our families. If we are young do we see a bright future or are we burdened by questions and uncertainty? If we lost a job are we consumed with how to pay bills and keep food on our tables?

This feels like a good place to inject a ray of sunshine.

Good news, there is increasing evidence that human beings can build immunity to the virus. It is generally accepted that herd immunity can be achieved once 70% of the population has developed the antibodies to block infection or reinfection. Evidence continues to mount in favor of infection causing development of antibodies that prevent reinfection. If you are infected and you survive, as most do, most likely you are protected, though many details remain to be discovered.

‘Flattening the curve’ was not about preventing the spread of coronavirus, it was about slowing the spread so that health care resources were not overwhelmed. For parts of the US and the world it looks like we’ve been more or less successful. But at the same time Montgomery, Alabama is experiencing an outbreak that may exceed the availability of ICU beds. As states reopen modeling from the Imperial College of London suggests half of the states — including Wisconsin — will still experience “spreading at epidemic rates”.

It is also important to note that countries like Mexico, Brazil, Chile and Peru are experiencing outbreaks fueling a prediction that like the common flu, there will be a seasonal rebound or second wave to coronavirus cases in the US in the fall.

So how do we reach herd immunity?

Sweden chose not to pursue a lock-down to limit the spread of coronavirus. Early on Sweden was touted by some as the model for keeping everything open – no lock-down, no shuttering of businesses, no self-isolation. In hindsight, this was a bad decision.

Mass death and economic devastation in Sweden, and conservatives want to be like them

Half of the population of Sweden lives “solo” and it “boasts one of the world’s best health care system and a robust social net.” Did it work?

There is another important aspect to this article.

““Sweden has revealed that despite adopting more relaxed measures to control coronavirus, only 7.3% of people in Stockholm had developed the antibodies needed to fight the disease by late April,” reported CNN yesterday.”

Immunity can be achieved by recovering from contracting the virus and development of a successful vaccine(s) is encouraging.

How long will immunity last? There is no answer to that as yet.

In other news, Trump tells us he sees high US coronavirus numbers as a “badge of honor”.

No one can polish a fresh turd as well as Trump. For comparison, consider…

Columbia University has built the estimate; the summary is offered through the sub-head: Even small differences in timing would have prevented the worst exponential growth, which by April had subsumed New York City, New Orleans and other major cities, researchers found.

Meanwhile, Trump is demanding governors reopen houses of worship and threatens to override governors who won’t – though once again he does not have such authority. A few megachurches that reopened early have already closed following fresh outbreaks.

Trump acts like reopening is ‘done’ and anyone slow to support will incur his wrath, but there is even more troubling news based on his deranged leadership.

One final viral infusion: Trump’s move to block travel from Europe triggered chaos and a surge of passengers from the outbreak’s center

“Trump has repeatedly touted his decision in January to restrict travel from China as evidence that he acted decisively to contain the coronavirus, often claiming that doing so saved more than a million lives. But it was his administration’s response to the threat from Europe that proved more consequential to the majority of the more than 94,000 people who have died and the 1.6 million now infected in the United States.”

We have all seen the pictures of the confusion at immigration at US airports as people rushed home from Europe. College student Jack Seibert shared that he waited in line for five hours battling “raging headaches, shortness of breath and fevers that touched 104 degrees.” He was ultimately simply waved through with instructions to self-isolate.

So don’t bother Trump with any more virus spread questions, he’s washed his hands of it.

That’s right – we’re on notice, if there is a second wave, Trump says “we’re not closing”. Facts and science be damned. Besides, Trump has already explained, any bad news is a result of failures by governors, Trump has already declared victory over the virus and is moving on to fix our economy. Except…

Trump’s top economic advisor sees a “small glimmers of hope” but Trump with his ‘hydroxychloroquine’ cheerleader style reminds us that in early April he said the US economy would take off “like a rocket ship”.

The analogy leads into this latest cautionary post by (local) Dr. Chakoian: “That Mr. Trump continues to promote these drugs speaks volumes of his level of understanding of this virus, and his reliability as a source of information on how to respond to it.”

Like Trump’s ‘mission accomplished’ failure with virus testing, he’s moved on to yet another signature initiative failure…

“Contracts totaling more than $107 million went to a San Antonio event planner, an avocado mail-order company, a health-and-wellness airport kiosk company and a trade finance corporation, according to the Agriculture Department’s announcement of contract awards.”

Even more insulting for Wisconsin where farmers are dumping milk because supply chains for food distribution are broken:

“…that despite huge surplus dairy dumping, Wisconsin-based companies got only $9 million in awards.”

We repeat history – when there is adversity, we do not experience it equally. I posted articles explaining that workers earning less than $40,000 per year were far more likely to lose their jobs compared to higher wage earners. Similarly, I have carried news of the disparity of coronavirus cases and deaths in neighborhoods of people of color including with the city of Milwaukee. Now we have this confirmation:

COVID-19 is affecting people of color the most.

“Black people account for 13% of the population versus 25% of deaths where race is known.”

Oh sure, let’s do some nuclear testing!

Trump’s leadership failures extend beyond his poor pandemic response or business recovery plans – he’s withdrawn from yet another treaty with Russia and even considered restarting testing of nuclear weapons.

To his credit, Rep. Mark Pocan (D-WI) co-authored a call for a budget cut to the National Defense Authorization Act to pre-COVID-19 levels.

The only good news – with Trump’s Memorial Day weekend golfing his constant drum-beat of lies, blame, insults and whining is paused for a few hours.

As I give up on Trump’s Coronavirus Response Coordinator Dr. Birx after watching her latest disinformation interview over US deaths surpassing her modeling, I am pleased I can place my faith here…

…stray cats in Manila comply with social-distancing. If it was only always so easy with people… 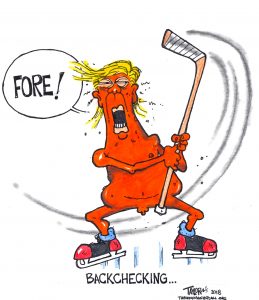