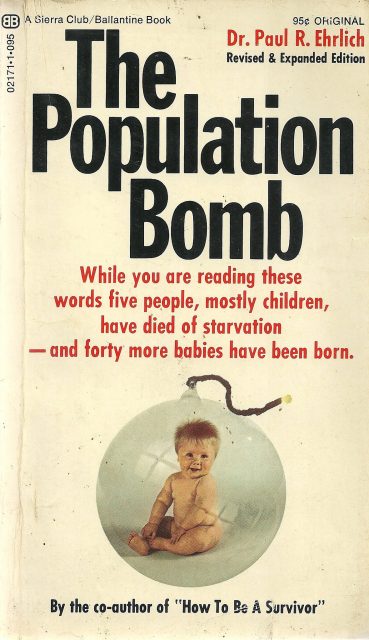 The world population has doubled since publication in 1968.

In 1968, the best-seller “The Population Bomb,” written by Paul and Anne Ehrlich (but credited solely to Paul) warned of the perils of overpopulation: mass starvation, societal upheaval, environmental deterioration. The book was criticized at the time for painting an overly dark picture of the future. But while not all of the Ehrlich’s dire predictions have come to pass, the world’s population has doubled since then, to over seven billion, straining the planet’s resources and heating up our climate. Can the earth continue to support an ever-increasing number of humans? On its 50th anniversary, we revisit “The Population Bomb” with Paul Ehrlich.

This program was recorded at Stanford University.

Link To 53-Minute Audio And Transcript