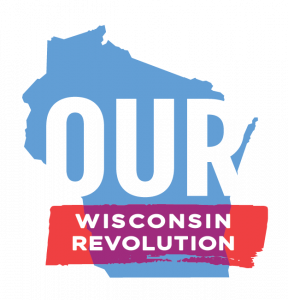 It all comes down to sovereignty—the question of who rules.

Our nation’s founders were racist, sexist, elitist and quite a few other ists. Some more than others. But they had something else in common. They hated being under the King of England’s thumb.

They asserted a new right based on the idea that a government’s legitimacy and authority to rule depends on the consent of the governed, that the use of state power is only justified and lawful when consented to by the people.

Architects of a second American Revolution have been busy for decade … gradually granting sovereignty to global corporate conglomerates and fashioning a modern feudalism. Their work is nearly complete.

Out of the American Revolution came the U.S. Constitution. A series of 85 essays known as the Federalist Papers explained the thinking behind the proposed Constitution and urged support for its ratification. We now know these essays were written by Alexander Hamilton, John Jay and James Madison, but they were published anonymously. The writings, after all, were treasonous.

The founders gave us a republic. By republic they meant a representative democracy, a government with a house of representatives that would be, as Federalist No. 52 put it, “dependent on the people alone.” Federalist No. 57 instructed that “the people” was not intended to mean only those like the founders endowed with substantial privilege but rather meant “not the rich, more than the poor; not the learned, more than the ignorant; not the haughty heirs of distinguished names, more than the humble sons of obscurity and unpropitious fortune.”

Consent of the governed is under vicious assault in our day. With the legal bribery that warps decisions made by public officials, the founders’ design of a government dependent on the people alone and not the rich, more than the poor has been debased. Voter suppression, elections rigged by partisan gerrymandering of legislative and congressional districts, and other glaring signs of creeping fascism have become too conspicuous not to notice. The daily actions of those in power speak far more loudly than their words and are proving them hostile to the central idea of the American Revolution—consent of the governed.

It all comes down to sovereignty—the question of who rules. The answer of the first American revolutionaries was that there is no divine right of monarchs to rule, no mandate from heaven, the right to rule rests with the people. Architects of a second American Revolution have been busy for decades erasing that answer, gradually granting sovereignty to global corporate conglomerates and fashioning a modern feudalism. Their work is nearly complete.

Consent of the governed is now an endangered species, and the founders’ legacy is goading us to respond. Thomas Jefferson believed each generation should have its own revolution, famously saying that expecting each new generation to forever live by the customs of past generations is like expecting adults to wear the same clothes that fit them as children.

The clothes no longer fit. The times demand a third American Revolution to reverse the anti-democratic direction our country has taken in recent years and reestablish the republic that was bequeathed to us.