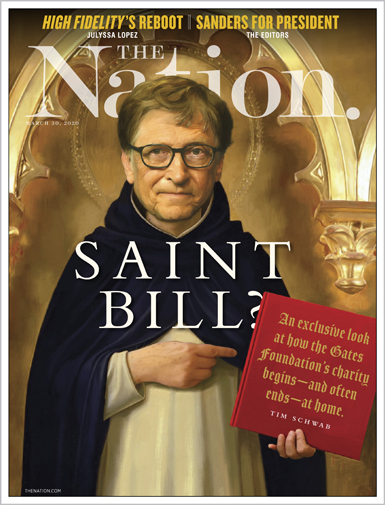 Last fall, Netflix premiered a three-part documentary that promises viewers a rare look at the inner life of one of history’s most controversial businessmen. Over three hours, Inside Bill’s Brain shows us a rare emotional side to Bill Gates as he processes the loss of his mother and the death of his estranged best friend and Microsoft cofounder, Paul Allen.

Mostly, though, the film reinforces the image many of us already had of the ambitious technologist, insatiable brainiac, and heroic philanthropist. Inside Bill’s Brain falls into a common trap: attempting to understand the world’s second-richest human by interviewing people in his sphere of financial influence.

“They’ve created one of the most problematic precedents in the history of foundation giving by essentially opening the door for corporations to see themselves as deserving charity claimants at a time when corporate profits are at an all-time high.”

Guggenheim doesn’t tell audiences that Noe is the principal of Lakeside School, a private institution to which the Bill & Melinda Gates Foundation has given $80 million. The filmmaker also doesn’t mention the extraordinary conflict of interest this presents: The Gateses used their charitable foundation to enrich the private school their children attend, which charges students $35,000 a year.

The documentary’s blind spots are all the more striking in light of the timing of its release, just as news was trickling out that Bill Gates met multiple times with convicted sex offender Jeffrey Epstein to discuss collaborating on charitable activities, from which Epstein stood to generate millions of dollars in management fees. Though the collaboration never materialized, it nonetheless illustrates the moral hazards surrounding the Gates Foundation’s $50 billion charitable enterprise …