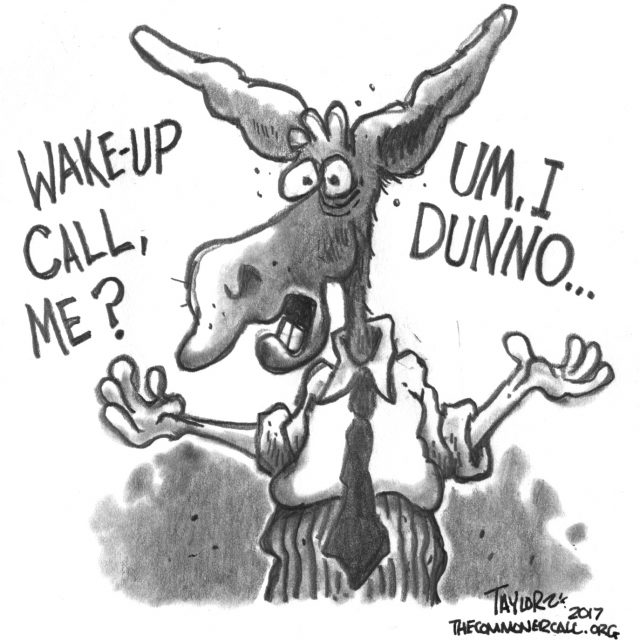 How do you ever win by making unilateral concessions? It’s Negotiation 101, people. Never compromise with yourself.

By Mike McCabe
Wisconsin Our Revolution (3/4/20)

Democrats are awfully hard to figure. I hear what they say they believe in and what they say they want to do. But when in power they rarely if ever do those things. Theirs is a scared party, an apologetic party, a play-it-safe party. When is the last time you heard a Republican apologize for anything?

Some years back, establishment Democrats got spooked by the L word. They’ve been going to great lengths ever since to shed the liberal label and replace it with “progressive” because polls showed the public responds more warmly to that word. Right there is a major difference between Democrats and Republicans. Democrats let polls shape their identity and message and guide their actions. Republicans are convinced their message and actions will shape the polling. When is the last time you heard any Republicans say they are not conservative? 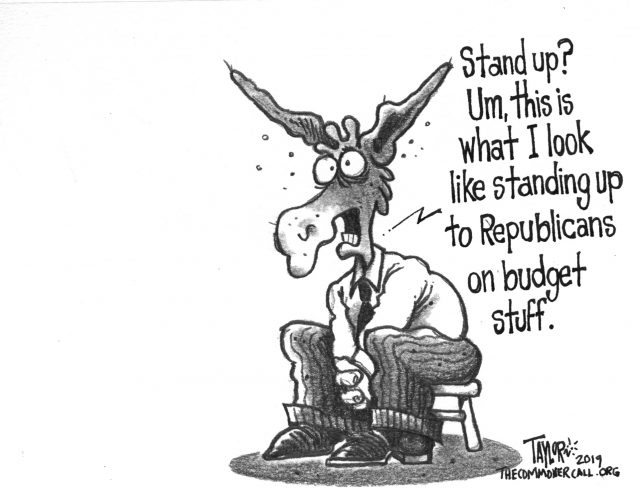 You’d think the outcome of the 2016 presidential election would have opened a few more eyes about what can happen when you judge electability based on assumptions that are no longer valid.

Then there is the Democrats’ chronic habit of compromising with themselves. In one breath, Democrats say they believe health care is a human right, dramatic climate action is needed, every worker should be paid a living wage and burying young people under a mountain of student debt is a disgrace. In the next breath, they express doubt such ideas could ever become law. They belittle Medicare for All, a Green New Deal, a $15 an hour minimum wage and debt-free college as impractical or even “pie in the sky” or “pipe dreams.” They scale back their own aspirations and lower their own demands.

How dems defeat themselves

How do you ever win by making unilateral concessions? It’s Negotiation 101, people. Never compromise with yourself. Never move in the direction of the other side unless and until the other side moves toward you. Ask for a lot and you could very well get something substantial. Ask for a little and you are sure to get nothing. That’s how bargaining works. When is the last time you saw Republicans compromising with themselves? Democrats do it all the time.

Democratic loyalists obsess over presumed “electability” of their candidates. You’d think the outcome of the 2016 presidential election would have opened a few more eyes about what can happen when you judge electability based on assumptions that are no longer valid. No media pundits or political professionals thought Donald Trump was remotely electable in 2016. Look who ended up in the White House.

Something’s going on in America and the nation’s politics that the Democratic establishment can’t fathom. Because they can’t seem to get their heads around what’s happening, we’re all stuck in the political equivalent of the movie “Groundhog Day.” The conditions and choices that gave us the 2016 election results are replaying over and over.

What’s it called again when the same thing is repeatedly done but different results are expected?

(Commoner Call cartoons by Mark L. Taylor, 2017/2020. Open source and free for non-derivative use with link to www.thecommonercall.org )