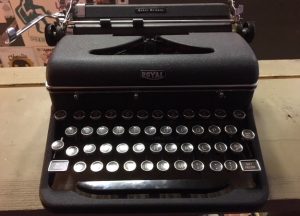 [Editor’s Note: As we have often seen, the American media has been unprepared to deal with the crass cruelty and danger of the Trump administration. By repeatedly pulling punches and using euphemisms like “misstatement” to describe Trump’s “lies” they have too often padded the sharp edges of Trumps reality. This excellent story shows how such journalistic timidity puts all of us at risk. — Mark L. Taylor]

On November 21, 1922, the New York Times published its very first article about Adolf Hitler. It’s an incredible read — especially its assertion that “Hitler’s anti-Semitism was not so violent or genuine as it sounded.” This attitude was, apparently, widespread among Germans at the time; many of them saw Hitler’s anti-Semitism as a ploy for votes among the German masses.

Times correspondent Cyril Brown spends most of the piece documenting the factors behind Hitler’s early rise in Bavaria, Germany, including his oratorical skills. For example: “He exerts an uncanny control over audiences, possessing the remarkable ability to not only rouse his hearers to a fighting pitch of fury, but at will turn right around and reduce the same audience to docile coolness.”

But the really extraordinary part of the article is the three paragraphs on anti-Semitism. Brown acknowledges Hitler’s vicious anti-Semitism as the core of Hitler’s appeal — and notes the terrified Jewish community was fleeing from him — but goes on to dismiss it as a play to satiate the rubes (bolding mine):

“He is credibly credited with being actuated by lofty, unselfish patriotism. He probably does not know himself just what he wants to accomplish. The keynote of his propaganda in speaking and writing is violent anti-Semitism. His followers are nicknamed the “Hakenkreuzler.” So violent are Hitler’s fulminations against the Jews that a number of prominent Jewish citizens are reported to have sought safe asylums in the Bavarian highlands, easily reached by fast motor cars, whence they could hurry their women and children when forewarned of an anti-Semitic St. Bartholomew’s night.

“But several reliable, well-informed sources confirmed the idea that Hitler’s anti-Semitism was not so genuine or violent as it sounded, and that he was merely using anti-Semitic propaganda as a bait to catch masses of followers and keep them aroused, enthusiastic, and in line for the time when his organization is perfected and sufficiently powerful to be employed effectively for political purposes.

“A sophisticated politician credited Hitler with peculiar political cleverness for laying emphasis and over-emphasis on anti-Semitism, saying: “You can’t expect the masses to understand or appreciate your finer real aims. You must feed the masses with cruder morsels and ideas like anti-Semitism. It would be politically all wrong to tell them the truth about where you really are leading them.”

Now, Brown’s sources in all likelihood did tell him that Hitler’s anti-Semitism was for show. That was a popular opinion during Nazism’s early days. But that speaks to how unprepared polite German society was for a movement as sincerely, radically violent as Hitler’s to take power.

One other thing: If “violent anti-Semitism” was such a winning issue for Hitler, what does that tell us about the state of public opinion in Bavaria in 1922?

Link To Story And 5-Minute Video

From Timothy Snyder’s “On Tyranny: Twenty Lessons From The 20th Century

Lesson 4 — When listening to politicians, distinguish certain words. Look out for the expansive use of “terrorism” and “extremism.” Be alive to the fatal notions of “exception” and “emergency.” Be angry about the treacherous use of patriotic vocabulary.