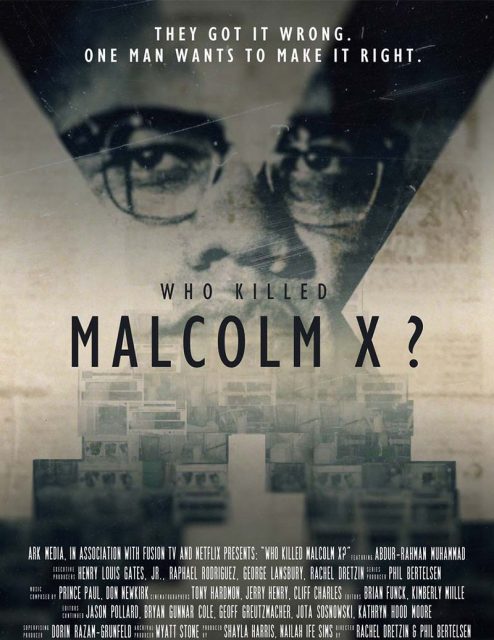 Fifty-five years ago today, Malcolm X was assassinated. The civil rights leader was shot to death on February 21, 1965, at the Audubon Ballroom in New York City. He was only 39 years old. Details of his assassination remain disputed to this day. Earlier this month, Manhattan District Attorney Cyrus Vance said he was considering reopening the investigation, just days after a new documentary series about the assassination was released on Netflix called “Who Killed Malcolm X?” It makes the case that two of the three men who were convicted for Malcolm X’s murder are actually innocent and that his uncaught killers were four members of a Nation of Islam mosque in Newark, New Jersey.

We are joined by Ilyasah Shabazz, one of six daughters of Malcolm X, who was just 2 years old when her father was assassinated in front of her, her siblings and her mother.

We also speak with award-winning author Abdur-Rahman Muhammad, independent scholar, historian, journalist, writer and activist, who is widely regarded as one of the most respected authorities on the life and legacy of Malcolm X and is featured in the new documentary series, and Shayla Harris, a producer for the series and an award-winning filmmaker and journalist.