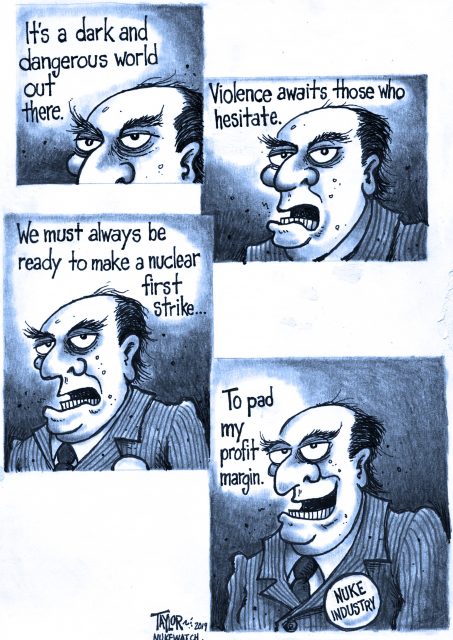 Americans like a good comeback story, but the recent revitalization of the nuclear arms race is not one to be cheered. President Trump plans to charge the American taxpayer nearly $100,000 a minute to expand the nation’s nuclear weapons capabilities.

Other nuclear-armed countries are doing the same.

A new generation of nuclear weapons requires a new generation of workers to develop and maintain these weapons of mass destruction. The National Nuclear Security Administration reported to Congress that 40 percent of its workforce will be eligible to retire in the next five years. 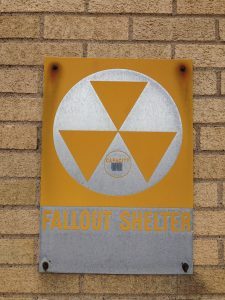 Defense spending produces fewer jobs per dollar than investment in other areas, like education, health care or infrastructure. The business of nuclear weapons does not provide jobs; it takes them away.

The U.S. government and its contractors have turned to the nation’s universities to provide this human capital. A new report documents formal ties between nearly 50 college campuses and the nuclear weapons complex.

The extent to which universities have joined this endeavor is surprising. Supporting weapons of mass destruction does not show up in any university mission statements. In fact, it’s often the opposite: universities like to talk about bringing the benefits of knowledge to a global community.

The dangers posed by nuclear weapons are clear. Yet universities still choose to support them anyway. …

(Commoner Call /Nukewatch cartoon and photo by Mark L. Taylor, 2019. Open source and free for non-derivative use with link to www.thecommonercall.org )

When corporations pay for the research, invariably the findings seem to support the safety of whatever products the corporations are trying to sell.

Not again. News out of Europe last week revealed that more than 20 scientific studies submitted to regulators to prove the safety of the popular weedkilling chemical glyphosate came from a large German laboratory that has been accused of fraud and other wrongdoing.

The findings come amid global debate over whether or not glyphosate causes cancer and other health problems and if regulators and chemical companies proclaiming the chemical’s safety actually have credible science on their side.

Amid a government investigation into the Laboratory of Pharmacology and Toxicology (LPT), investigators representing three European non-profit consumer advocacy groups are raising concerns about the validity of the glyphosate studies generated by the Hamburg facility. No significant concerns with glyphosate were found, according to the tests, three of which looked for glyphosate-related mutagenicity. Monsanto and other chemical companies needed those studies and others to submit to regulators in order to obtain re-approval to sell glyphosate herbicide products in Europe. …