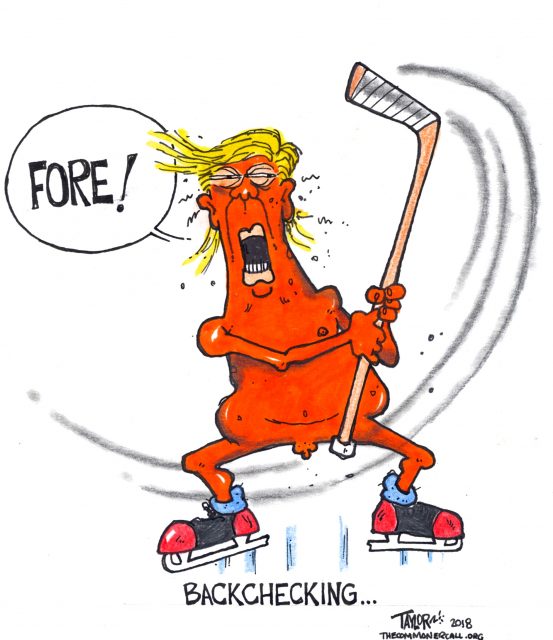 Trump’s business has charged the Secret Service as much as $650 a room per night at Mar-a-Lago ― more than three times the normal rate that federal employees are supposed to spend in South Florida.

President Donald Trump returned to Mar-a-Lago on Friday evening for the 29th golf-related trip of his presidency to his for-profit Palm Beach, Florida, resort, raising his total taxpayer golf tab to $133.8 million.

That figure translates to 334 years of the presidential salary that Trump and his supporters frequently boast he is not taking.

During Barack Obama’s presidency, Trump frequently claimed he was playing golf too much and at too great an expense to taxpayers.

“I play golf to relax. My company is in great shape. @BarackObama plays golf to escape work while America goes down the drain,” Trump tweeted in December 2011.

“Can you believe that, with all of the problems and difficulties facing the U.S., President Obama spent the day playing golf. Worse than Carter,” he wrote three years later.

Yet after three years in office, Trump has spent two-and-a-half times as many days on a golf course as Obama had done at the same point in his first term. If Trump plays golf both Saturday and Sunday, he will have played 248 times. Obama by his 1,123rd day in office had played 92 times. …

Trump Organization chief Eric Trump claimed that the taxpayers aren’t footing the bill for the exorbitant costs for the Secret Service to stay at President Donald Trump’s properties.

In a scathing editorial Sunday, the Washington Post said that no one is disputing that the president must have Secret Service protection, the problem is that the Trump family is making money off of them.

“An investigation by The Post’s David A. Fahrenthold, Jonathan O’Connell, Carol D. Leonnig and Josh Dawsey found 103 payments from January 2017 to April 2018 from the Secret Service to Trump companies, totaling more than $471,000. Among the charges were $650 per night for agents to use rooms “dozens” of times in 2017 at Mr. Trump’s Mar-a-Lago Club in Florida and $17,000 a month to rent a three-bedroom cottage at Trump National Golf Club Bedminister in New Jersey for three months in 2017,” the editorial recalled.

It’s unknown just how much it’s costing because Secret Service financial documents are not listed in public databases as with other government entities. …