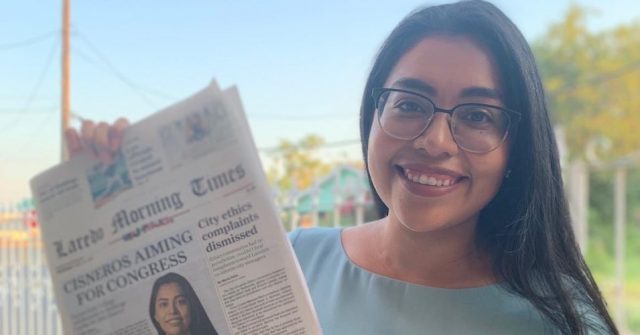 “I was born and raised here, and these are the people I want to help. And I’m seeing that our concerns aren’t being addressed by our current representative.”

[Editor’s Note: Just a little note to this story: If you consider yourself a progressive and a free citizen, never, ever give a dime to the corporate right wing Democratic Congressional Campaign Committee. — Mark L. Taylor]

Texas Democratic Rep. Henry Cuellar, facing a tough primary race from progressive attorney Jessica Cisneros, picked up the endorsement of the Koch political network Friday—just over a week before the embattled incumbent, who is supported by the Democratic Congressional Campaign Committee, is set to host a fundraiser with House Speaker Nancy Pelosi.

“Henry Cuellar has an A rating from the NRA, wants more drilling, is anti-choice, fundraised for GOP, is the #1 recipient of private prison money, and receives donations from the Koch family,” tweeted Justice Democrats spokesman Waleed Shahid. “Jessica Cisneros is a progressive Democrat. DCCC and Speaker Pelosi, what are you doing?”

It’s not the first time this cycle that Pelosi, a California Democrat, has stepped into the primary. In September, as Common Dreams reported, the speaker publicly backed the incumbent during an appearance in Texas.

“I’m very, very proud of Henry’s work in the Congress and I’m proud to support him,” Pelosi said of the anti-choice, pro-corporate power Cuellar. 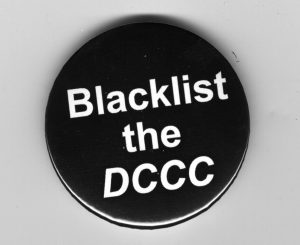 The DCCC too has supported Cuellar, with the group’s leader Rep. Cheri Bustos (D-Ill.) in late September also backing the incumbent.

“Henry Cuellar knows that district like the back of his hand,” Bustos told reporters in Austin at the time. “I completely support him.”

Friday’s announcement that LIBRE Initiative Action, part of the Koch network’s Latin outreach, endorsed Cuellar made waves in the south Texas primary. It’s the first time the Koch network has ever backed a Democrat in a federal election—though Cuellar’s record of supporting right-wing policy priorities has given him the name “Trump’s favorite Democrat.”

“We need more Henry Cuellars in Washington—people willing to build consensus on difficult issues and do the legwork necessary to bring them to fruition,” wrote Libre Action senior advisor Daniel Garza in a memo (pdf) outlining the endorsement decision.

Cisneros has been a thorn in Cuellar’s side for months. The incumbent has tried to ignore her candidacy, refusing to debate her and treating her run as a joke. But the Koch endorsement could mean Cuellar and his team are sensing trouble ahead, especially as Cisneros continues to rack up endorsements from local and national groups.

In a video from progressive group MoveOn, Cisneros outlines her vision for the district.

“I was born and raised here, and these are the people I want to help,” Cisneros says. “And I’m seeing that our concerns aren’t being addressed by our current representative.”

“It’s time to put a true friend of working families and educators in Congress to help lead change for residents of Congressional District 28 and all Texans,” Zeph Capo, president of Texas AFT, said in a statement.

“Unlike the incumbent,” Capo added, “Cisneros is a friend of labor who realizes that working families are the backbone of the Texas economy, and she will stand by our workers in Congress.”

In a statement, Cisneros thanked the unions for their support and pledged to prioritize the interests of labor over corporations, drawing a contrast with Cuellar.

“These unions represent our teachers, our city employees, our service workers—they represent who we are as South Texans and I look forward to representing them in Congress,” said Cisneros. “While Congressman Cuellar votes repeatedly against legislation to protect workers and takes hundreds of thousands of dollars from corporate interests, we’re proud to be running a campaign fueled by real people with an average contribution of $32.”

Come On, Folks! If You Want To See A Progressive Congress, Support This Brave Young Woman Standing Up To The Corporate Dems & Their Republican Allies, Support The Jessica Cisneros’ Campaign.

I just sent in a donation. How about you? — Mark L. Taylor, The Commoner Call