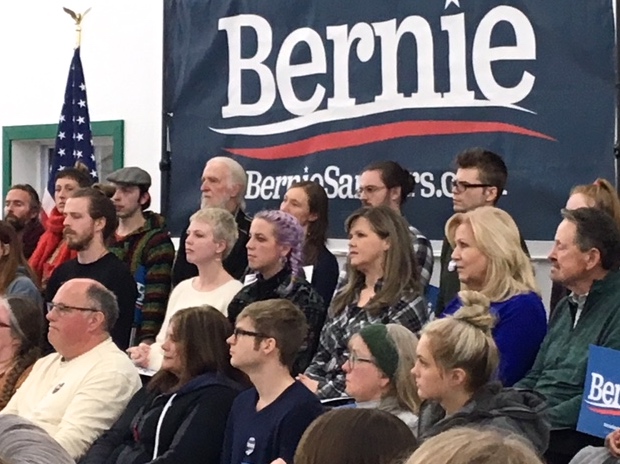 In the words of a Latin American graffiti writer, “Let’s save pessimism for better times.”

As a center of elite power, the Democratic National Committee is now floundering. Every reform it has implemented since 2016 was the result of progressive grassroots pressure. But there are limits to what DNC Chair Tom Perez is willing to accept without a knock-down, drag-out fight. And in recent weeks, he has begun to do heavy lifting for corporate Democrats—throwing roadblocks in the way of the Bernie 2020 campaign as it continues to gain momentum.

The fiasco in Iowa, despite its importance, is a sideshow compared to what is foreshadowed by recent moves from Perez. For one thing, he appointed avowedly anti-Bernie corporate operatives to key positions on powerful DNC committees. The flagrant conflicts of interest have included entrenching paid staffers for Michael Bloomberg’s presidential campaign on rules committees for the DNC and the upcoming Democratic National Convention.

Perez soon followed up by abruptly changing the official rules to allow Bloomberg to participate in the debate scheduled for three days before the Feb. 22 Nevada caucuses. The egregious decision to waive the requirement for large numbers of individual donors rolled out the blue carpet for Bloomberg to the debate stage.

“Now suddenly a guy comes in who does not campaign one bit in Iowa, New Hampshire, he’s not on the ballot I guess in Nevada or South Carolina, but he’s worth $55 billion,” Sanders said Thursday when asked about the rules change. “I guess if you’re worth $55 billion you can get the rules changed for a debate. So, to answer your question: I think that is an absolute outrage and really unfair.” 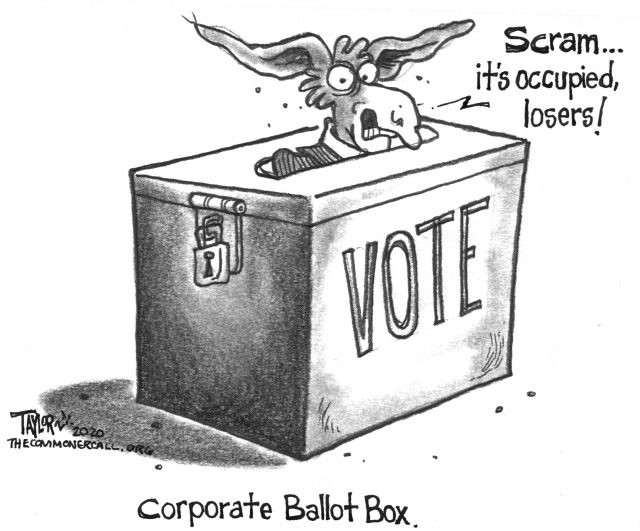 The glaring subtext of what’s now occurring is the frantic effort to find some candidate who can prevent Sanders from becoming the party’s nominee at the national convention in July. Progressives must fight back—not succumb to fatalism.

Inconvenient facts—such as the reality that Bloomberg fervently endorsed President George W. Bush for re-election in 2004 (in a speech to the Republican National Convention, no less) or that as mayor of New York he championed racist stop-and-frisk police policies—are less important to party chieftains than the humongous dollar signs that self-financing Bloomberg is bringing to the table.

The mayors of San Francisco, Washington, Anchorage and Albany, among others, have already succumbed to Bloomberg’s wealthy blandishments and endorsed him, as has former Black Panther and longtime disappointment Congressman Bobby Rush. To corporate elites, the moral of the sordid Bloomberg story is that most people can be bought, and Bloomberg might be the deus ex machina to lift them out of an impending tragedy of Sanders as nominee.

The glaring subtext of all this is the now-frantic effort to find some candidate who can prevent Sanders from becoming the party’s nominee at the national convention in July. Early corporate favorites like Beto O’Rourke, Cory Booker and Kamala Harris fizzled and flamed out. Joe Biden appears to be sinking. Amy Klobuchar staked her hopes on Iowa without success. That appears to leave Pete Buttigieg and Bloomberg as the strongest corporate contenders to prevent the corporate Democrats’ worst nightmare—the nomination of an authentic progressive populist.

Standing up to alignment of corporate Democrats & right wing media

A traditional claim by corporate Democrats—the assumption that grassroots progressive campaigns are doomed—is oddly matched by the assumptions of right-wing media and some on the left that the DNC can successfully rig just about anything it wants to. Fox News has been feasting on the Iowa meltdown, pleased to occasionally invite leftists on the air to denounce the DNC, immediately followed by routine denunciations of Democrats in general and Sanders in particular as diabolical socialists eager to destroy any and all American freedoms with a collectivist goal of tyranny.

Meanwhile, some progressives have such an inflated view of the DNC’s power that they propagate the idea that all is lost and Bernie is sure to be crushed. It’s the kind of defeatism that’s surely appreciated by right-wingers and corporate Democrats alike.

Perhaps needless to say, if Bernie Sanders had such a fatalistic view of electoral politics, he never would have run for president in the first place. People on the left who say the DNC’s elite power can’t be overcome with grassroots organizing are mirroring the traditional scorn from corporate Democrats—who insist that the left can never dislodge them from dominance of the party, let alone end corporate dominance of the nation.

Like millions of other progressives who support Bernie 2020, I realize that the forces arrayed against us are tremendously powerful. That’s the nature of the corporate beast. The only way to overcome it is to organize and fight back. That’s what the movements behind the Sanders campaign are doing right now.

In the words of a Latin American graffiti writer, “Let’s save pessimism for better times.”

(Commoner Call photo and cartoon by Mark L. Taylor, 2020. Open source and free for non-derivative use with link to www.thecommonercall.org )