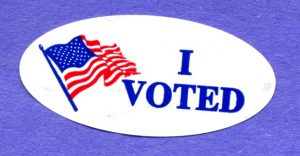 Bernie has said repeatedly that we need to build a movement, elections by themselves are not enough. He is absolutely right about that.

While watching the travesty in Washington the last few weeks I decided that my best action was to volunteer for change. The closest and most immediate opportunity was working for Bernie in Iowa. I signed up for canvassing in nearby Dubuque for caucus day. I received a request from a Bernie staff person on the east coast to instead be a precinct captain for Bernie. The Iowa caucus system has people gather in different corners of a room, each campaign’s captain having the job of reading a short speech and trying to persuade undecideds to join their group. Most caucuses have a second round, where those supporters of a candidate who do not reach a predetermined viability threshold can move to another group for the final tally. 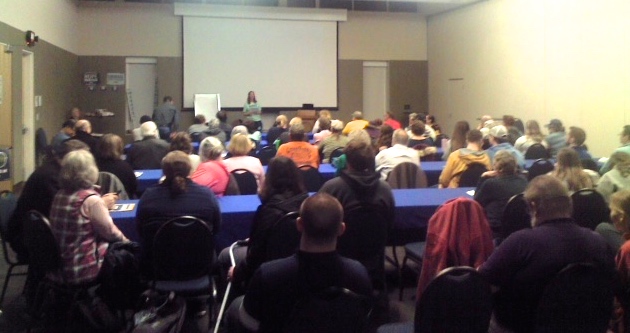 I was included on a webinar of 276 people that was national in scope, literally coast to coast, though many out-of-staters were in Iowa already, volunteering in the canvas. On caucus day I met with a field organizer, a local, 25 year old farmer, in charge of 28 precincts. He asked me to wait for two more out-of-state captains, arriving from Chicago, and pass them their packets so he could run off to meet others in this sparsely populated rolling rural area. I was really thrilled to be part of such a grassroots effort in helping Bernie set a record. For the first time in history of Iowa caucuses, precinct captains were named for every one of the 1,681 precincts.

My first impression was how friendly the process is. There is a definite sense of competition in the room, tempered by the recognition that everyone was on the same larger team. Everyone shared my disgust with recent Washington events. Most people had a very firm favorite already picked out.

I was able to “persuade” a few undecideds to join Bernie’s side.

The focus on momentum from this first contest was transformed into fake news for each candidate’s spin team, proving once again if grassroots folks want to see their hope realized they will never be able to trust the people massaging the data.

This Upper Iowa University campus had a town precinct with 61 attendees, and my rural precinct had only 9. As a small group we were allotted only 1 delegate, so we had only one round of dividing into groups. Mayor Pete organizers were trying to cement their small initial majority without discussion, but I was able to slow the process enough to make sure everyone had a chance to discuss the different candidates. Several people were new to the caucus format, and my training allowed me to explain that our small size meant we would not have a realignment round. A couple people did move to join/form a larger group. End result: Biden 2, Bernie 2, Pete 4, Warren 1.

The Biden captain was an older gal who was worried about Pete winning in the Bible Belt and that Bernie was too old (go figure). The Pete folks kept saying that we need new young ideas, and were not concerned by his old Wall Street money or oligarchic chic wine caves.

We were finished in a few minutes so I went back in the larger room as an observer. The larger precinct had just finished the first tally. Pete was ahead by a couple, Bernie in second, and only the Yang Gang was not viable. I was able to cajole a few Bernies into schmoozing the Yang Gang who had not reached viability. I left before the the second tally was finished.

On the two and a half hour drive home I listened to Iowa Public Radio. Clearly the smaller areas were excited by Pete. These represent cash crop farming areas. The farmers in these areas are the ultimate small business people, risking hundreds of thousands of operating dollars, and many more hundreds of thousands of capitalization on volatile commodity prices, in the hopes of providing a middle class income. Many have at least one off-farm bread-winner to get them health insurance, and often their farming gambles do not pay off. Their conventional ag systems are full of bad consequences for the wellness of people and the eco-system, so the contradictions of their positions are as inconsistent as their choices. The health industry propaganda that became “Medicare for those who want it” clearly was not debunked by the year-long campaigning/organizing in the state, or perhaps overwhelmed by the industry’s own efforts, an ominous sign for areas of the country which have been ignored so far.

To add some reality to the night, I need to mention that I stopped for dinner at the only open restaurant in town before the caucus. It was a nice, friendly bar/grill/pizza joint. Wearing my Bernie credentials and my hounds-tooth sport coat and blue jeans, and clearly not a local, I was aware that making some conversation was the necessary, polite thing to do. I asked the folks at the bar if everyone was ready for the caucus. They all just kind of laughed. None of it mattered to them and they were sick of the attention. One had a MAGA hat on and said he knew who he was voting for. I bantered back that Bernie would beat him easily. After some lightweight, back and forth, the MAGA guy told me in a low voice that he had voted Democrat his whole life until Trump, and that he couldn’t stand HRC. I acknowledged my disgust for the corporate types of all stripes and we ended up “best buddies”. There were about 25 people in the place, and none of them joined the 70 in the caucus up the road. This region was very similar to our southwest Wisconsin driftless region in demographics, but seemed quite a bit more accepting, less tribal, less hardened. Perhaps this is the musings of a passing traveler, but the more open skyline and emptier spaces seemed to be reflected in the people.

So the young, the new, and the activists are the caucus system, but the corporate types may have killed it for good with their IT problems. The controversy in 2016, where HRC and Bernie finished within a few tenths of a percent, but the delegates were apportioned to disadvantage students and growing population centers that favored Bernie, led to a new data collection requirement. Rather than reporting just delegates, the actual tallies of both rounds of votes were to be reported. The party decided to use a new phone app for reporting data, and then — WTH!? — failed to test it before the big night. Details of the problems with the app are still to be sorted and disclosed, but the lack of a simple phone tree to manually report caused huge waits, hang ups and disgust.

The focus on momentum from this first contest was transformed into fake news for each candidate’s spin team, proving once again if grassroots folks want to see their hope realized they will never be able to trust the people massaging the data. Bernie has said repeatedly that we need to build a movement, elections by themselves are not enough. He is absolutely right about that.

On my way home, after crossing the river and winding through the driftless, my 25 year old farmer friend called and expressed his thanks for my little bit of help. We both shared a bit of happiness for pushing back, and moving forward, and talked about next steps. We agreed we are not done for this cycle. The face-to-face, retail level is where the change will happen, in spite of the inertia, stupidity, and malfeasance at the top. Bernie may be old, but he is definitely correct that it’s not him, it’s us.

A Very Long And Inconclusive Night In Iowa

The kickoff to the 2020 voting was undercut Monday night by major delays in the reporting of the Iowa caucus results. We traveled to Johnston, Iowa, to tell the story of the day — from the perspective of one caucus in a middle school gym.